The third game in T&E Soft's Hydlide series of action RPGs, released on various home computers and consoles. Originally released in 1987, a graphically enhanced version was released in 1989, called Super Hydlide on the Mega Drive / Genesis console and Hydlide 3: Special Version on computers.

First released in 1987, Hydlide 3 is an action RPG like its forebears, in which the player runs around a map defeating monsters and earning experience. It plays very much like Hydlide II.

The game has NPCs in towns to talk to, equipment and items to buy from shops, and more story presentation including an animated opening cutscene.

The game retains the morality meter of its predecessor and expands the time option with an in-game clock and survival elements such as needing to sleep and eat. The game uses four distinct character classes.

A graphically enhanced version was later released on the Genesis / Mega Drive as Super Hydlide in 1989, and as Hydlide 3: Special Version on the NEC PC-9801 in 1989 and Sharp X68000 in 1990. Super Hydlide was advertised as "Hollo Fighter" prior to the game's release.

Ys: The Vanished Omens Crystalis The Legend of Zelda: A Link to the Past Panorama Toh Sorcerian Gandhara Courageous Perseus War of the Dead The Elder Scrolls III: Morrowind Sword of Vermilion 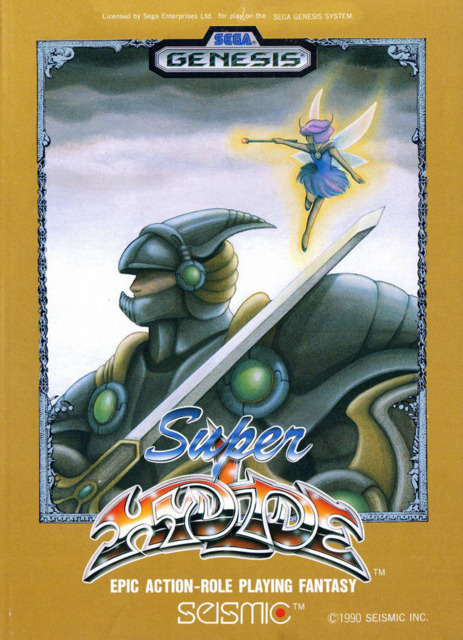