The only game ever to combine RPG-like character development and.... pinball?!

Pinball Quest is a pinball RPG game developed by TOSE Co. and released in 1989 for the Famicom and 1990 for the NES by Jaleco. Along with three traditional pinball tables, the game includes an RPG mode which is a little more elaborate and takes place across a series of smaller pinball tables with different objectives to complete before they can proceed.

The three normal tables include:

In this mode, the player is tasked with saving the Pinball King's wife who is kidnapped by orange demons in the opening scene of the game. The player moves upwards through several "tables" each with its own theme and boss, and instead of dying the hero simply falls down into the previous table should the player "lose" their ball. If this happens on the first table the player is asked if they would like to try again.

After each level the player can visit the store and buy upgrades, sell items, and also risk stealing.

Table 1 is a cemetery where the player will begin the game's quest. In order to progress to the next table the player must defeat the 3 skeletons and then the giant skeleton that they form.

Table 2 starts off with a lot of forward momentum bringing the pinball right to the boss which is a witch. If she hits the pinball with her power zapping spell, the ball is sent back down into the store below, and forced into the field again in order to progress. She can also heal by using her table in the corner, which can be destroyed.

Table 3 is set in what looks like a mine. The boss here is protected by several guards that must be defeated before in order for him to take damage. Also goblin enemies are found on this table who will throw the pinball back, should they catch it.

Table 4 involves using a roulette wheel to get a boat ride across the river and defeat 3 ghost knights to move on. The ghost knights have the ability to attack the flippers with their swords.

Just when the player finally finds the princess, she turns into a vampire and attacks. After defeating her, destroying her fake throne gives access to access the final table.

Finally at the last level defeat the Devil who is holding the princess. He has the ability to freeze the bumpers when the image of his head's eyes glow white.

Defeating the Devil unlocks a humorous cutscene in which the pinball encounters and defeats the master: a giant magnet. Since pinballs are made of metal it makes perfect sense! 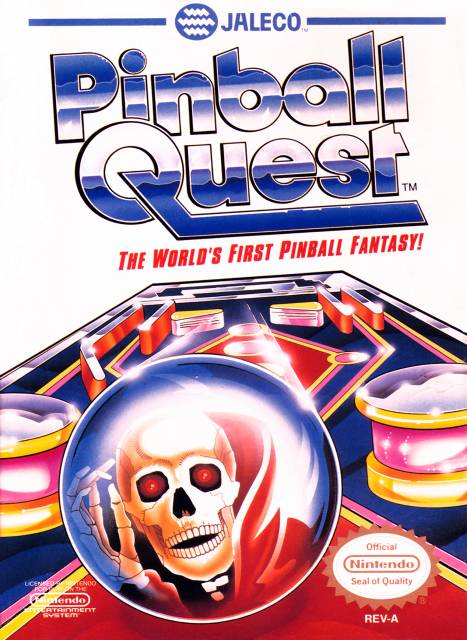