A baseball game for the NES developed and published by Tecmo in the US only. Out of so many NES baseball games, ONLY ONE can be the most average.

Released exclusively in the United States in 1989, Tecmo Baseball is a simple baseball video game for the NES. The game does not have an official license to either Major League Baseball or the Major League Baseball Players Association, so generic city names are used to represent teams and each player is given a false name. These teams are organized into the "National Division" and the "American Division," and players may participate in an all-star game that pits the best players picked from either division against one another.

The game uses a behind-the-pitcher broadcast-style camera, like the Bases Loaded series. 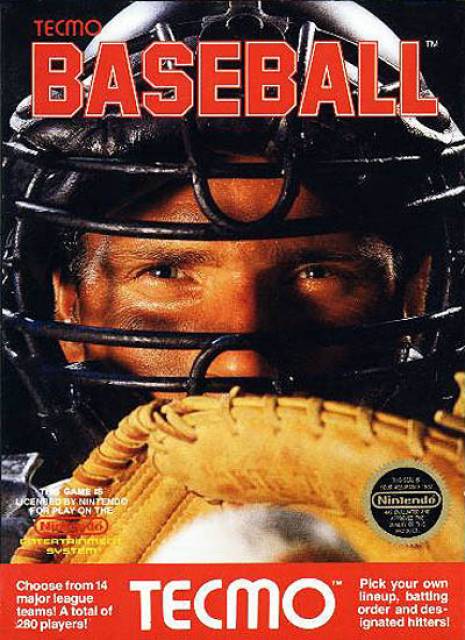