Nitro Family is a First-Person Shooter developed by South Korean development team Delphieye Entertainment and distributed by ValuSoft (localized by Nobilis France and Akella for the respective regions) upon its release in 2004. The title was largely advertised as a spiritual successor of the Serious Sam franchise, similarities between the games involving use of the same graphic engine, absurd humor and identical "shoot-to-kill" gameplay.

The storyline of Nitro Family takes place in a far-fetched dystopian future: as manic depression and psychotic syndromes have started become a more or less common occurrences in society, the Golden Bell corporation released the so-called "Healthy Family" drug which was supposed to prevent the aforementioned diseases from happening, without any chemical dependency involved. A decade after the product hit the shelves however, the meds turned out to have severe adverse effects and led to extremely violent behavior upon withdrawal. The issue caused society to split into three fractions: the Soberers, people who decided to limit their consumption habits to minimum; the Healthy Family, a group which abandoned the usage of the drug; and dedicated Followers of the Golden Bell corporation. The subsequent social unrest and civil war resulted in the banishment of the Followers into underground catacombs, while the Soberers continued to live on the surface.

Nevertheless, the owner of Golden Bell, named Louis, maintained the faith in his company product and developed a new version of it, supposedly free of previous after effects. The final test was to be performed on a new-born baby, for the purpose of which Red Chief Chopsky was kidnapped by the corporation's loyal staff. Little did the abductors know that the child's parents, Victor and Maria Chopsky, were both professional hunters, specialized in weapon-handling and training dangerous animals alike... 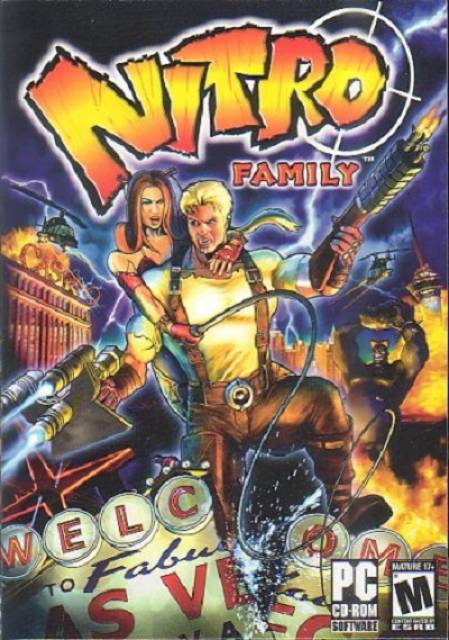