Eternal Quest is a roguelike game where you navigate a warrior through a series of danger-filled floors.
PlayStation 2

The story, according to the manual:

"The terrible war between Shogun Kagetora and the Realm King Higul has plunged the world into starvation and plague, and let the dogs of ambition and greed loose across the lands. This evil has also found its way far to the north of the capital in the village Jinuma. Malice has also found its insidious way here.

Upon the traveler's arrival, the last of the corpses were being piled high. He could hear the melody of a lute plucked by hands that could not be human, and a voice filled with madness echoed between the black clouds and frozen earth. To the shrine of death at which the handmaiden pointed, the traveler carried his faith...

Coming to rest in front of the shrine, a grotesque form was revealed. 'So, this is the fearsome Champion....' Whispering into the wind, the lute player dissolved into darkness. The traveler's name was Gyokuro. The Champion of Millions, ordered by Kagetora to wipe out the encroaching Demons. Gyokuro gave an undaunted smile and stepped forward into the gaping maw of the shrine..."

Eternal Quest - released originally in Japan as "The Dungeon RPG: Shinobu ~The Goblin Inhabited Castle~ " as part of the Simple 2000 series of budget games - is a roguelike action-RPG where you control the warrior Gyokuro.

You begin on the first floor and must progress through each floor, defeating monsters and avoiding traps as you progress. You start with basic equipment and must equip yourself with items you can find randomly throughout the dungeon. These weapons and armors often have enchantments on them to make them stronger, or in the case of the former can inflict certain status effects on monsters. Additionally the weapon type dictates its area of effect, such as spears being able to hit the two squares directly in front of you.

If you're able to defeat the game's boss on the 50th floor, you are allowed to continue downwards, with monsters getting stronger and stronger. The game at this point becomes an endurance test. 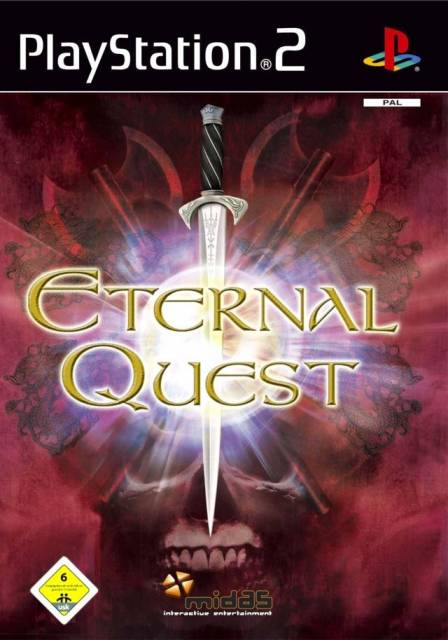