Sid Meier's Civilization IV is a turn-based 4X strategy game developed by Firaxis and published by 2K for the PC on October 25, 2005. The fourth installment of the Civilization franchise, Civilization IV builds upon the gameplay from Sid Meier's Civilization III, adding 3D graphics, a simpler user interface, reasonable (and more transparent) AI players, and other gameplay improvements (including the concept of religion, improved military unit promotions, the more flexible "civics" model (replacing the simple "governments" model), and the concept of "Great People").

Each leader in Civilization IV has 2 traits that reflect the leader's rule in history. There are 8 traits in the base game, and Warlords adds an additional 3.

7 of the World Wonders are religious shrines that can only be built in their respective Holy Cities:

The Civilization IV PitBoss is basically a dedicated server for multiplayer Civilization IV matches. The PitBoss server didn't ship with the original game, but was later made available and updated versions have been included with both of the game's expansions. PitBoss games work in one of two modes. If everyone is connected at the same time it works exactly like any other multiplayer game. However, if one or more players are not connected the game will wait for those players to take their turns before continuing. The only time a player might be skipped is if the game has a turn timer enabled and the missing player does not take their turn within the alloted amount of time.

Despite requiring that the game and any expansions you wish to use be installed, the PitBoss server does not use the game's normal user interface. Instead a slimmed down interface, that looks similar to any other standard Windows application, is presented for starting and maintaining games. Once the PitBoss server has been started the game's admin can start a new game using any mod, map or game type or load an existing game from a save made from either the PitBoss or a regular multiplayer game.

The first expansion for Civilization IV, Warlords, was announced on 16 March, 2006. It adds 3 new leader traits, 6 new civilizations, 10 new leaders (including 4 for existing civilizations), 3 new wonders, 9 new units, and unique buildings for all the civilizations. Also added was the vassal state mechanic where defeated civilizations can act as a tributary to the victor, biding its time to rise again.

Civilization IV: Beyond the Sword was released 23 July, 2007 in America.

Civilization IV: Colonization is a special standalone expansion, a remake of the old 1994 game Colonization in the Civilization IV engine. Announced 9 June, 2008, it focuses on the European colonization of the New World. Players play as one of the colonies, struggling both against the natives and their colonial masters back home. Players win by declaring independence and fighting off the European armies trying to take back their colonies.

NOTICE: This game is not supported on volumes formatted as Mac OS Extended (Case Sensitive).

The theme to Civilization IV "Baba Yetu" was the first, and so far only piece of music composed for a video game to win a Grammy Award in 2011. 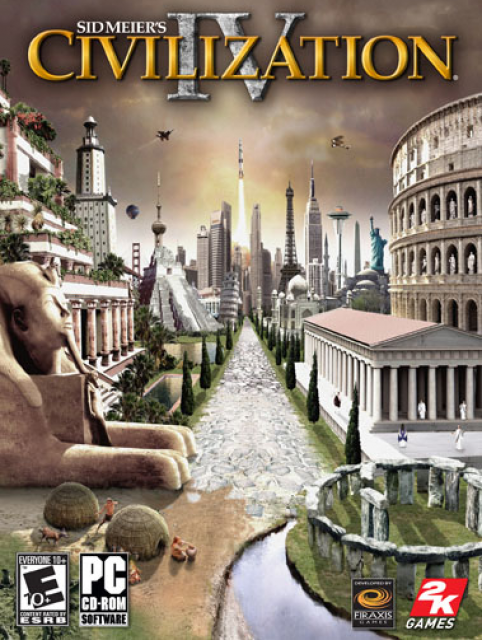