A side-scrolling brawler released in 1989 by Kaneko for the Arcade and, later, Genesis. The game features a uniquely Japanese take on mid-to-late 80s hip-hop/urban culture. DJ Boy is a rollerskater hoping to win the "Rollergame" fight-race competition in Cigaretch city.

DJ Boy is a side-scrolling brawler that automatically auto-scrolls as the player, and most of the enemies, are in constant motion due to their rollerskates. The eponymous protagonist is trying to make his way to a fight-race competition, but is repeatedly side-tracked by enemy gang members and other antagonists hoping to stop him.

The original arcade version of the game saw some notoriety in its portrayals of urban USA, in particular its treatment of African-American minorities, the appearance of homeless strippers, and some risque billboards. Most of the more contentious elements were changed for the North American and European versions of the Genesis game.

DJ Boy would be followed by a 1992 sequel, B. Rap Boys. Unlike DJ Boy, this sequel would never see a console port. 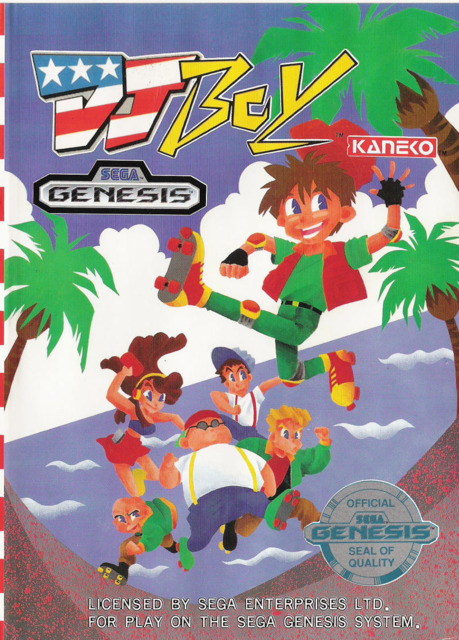