Robotech: Battlecry is an action game based on the Robotech universe.
PlayStation 2

Robotech: Battlecry stars the original character Jack Archer, a pilot in the RDF. The game encompasses the entire Macross Saga, from the battle on Macross Island, to the journey back to Earth, the final fight against the Zentraedi fleet and then the troubles during the rebuilding of Earth. Along the way most of the major characters from Robotech, played by the original English actors, play minor roles in missions. Each mission is linear and requires Jack to destroy enemy targets while defending vital objectives.

The playable vehicle for single player missions is the Veritech. The vehicle has three different movement modes that can be switched between at any time.

In Fighter mode the Veritech is essentially a fighter jet. This mode has the highest top speed and can track multiple enemies with fast firing missiles. It can also launch flares to confuse enemy missiles.

In Guardian mode the Veritech transfers halfway between a jet and robot. This mode is most effective against strong, single targets, and still has high mobility.

In Battloid mode the Veritech transitions entirely into a robot. Its assault rifle can automatically track and destroy incoming missiles, making this the most defensive mode. The Veritech's speed is barely faster than its walking speed, however, and missiles can not be used, but this mode does have the most detailed radar.

By completing medals (by shooting down enemy pilots with specific weapons/in specific vehicles) new paint-jobs and Veritech models can be unlocked. In total the playable craft are:

Two players can play deathmatch with any unlocked vehicles. More levels can be unlocked by earning medals. 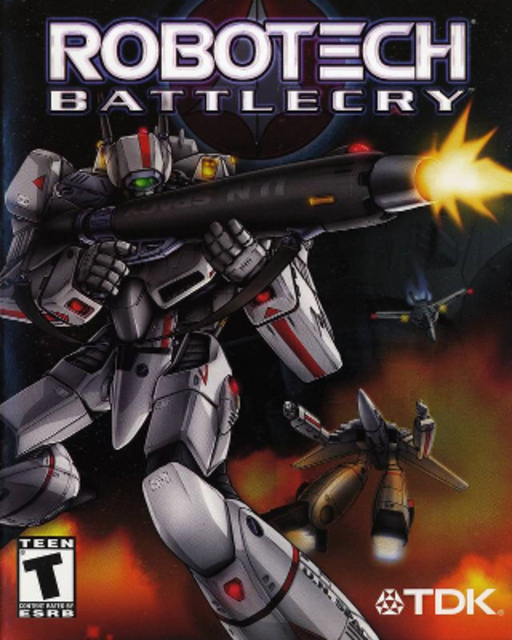