Boogerman: A Pick and Flick Adventure

Boogerman: A Pick and Flick Adventure is an action platformer that was initially released for Sega Genesis and SNES. Players control Snotty Ragsdale, an eccentric millionaire with a curious mind. Players burp, flick, fart, and spit their way through the dimension of X Crement. The game takes place in five different worlds of unique and disgusting themes; each world ends with a boss fight.

On a dark and stormy night Professor Stinkbaum has built a device to rid the world of pollution. This device gets rid of pollution by transporting it to another dimension that goes by the name of X Crement. Snotty Ragsdale (Boogerman) is an eccentric millionaire who takes a job at Stinkbaum's lab in order to see what is really happening to all the pollution. On this particular night Ragsdale disrupts the machine by sneezing on the crystal that makes the whole thing work. A large hand comes out of the machine and takes the crystal back to dimension X Crement. Ragsdale is left with only one option - He heads into the men's room and comes back out as Boogerman. Following the hand, he finds himself on a quest to save the world. 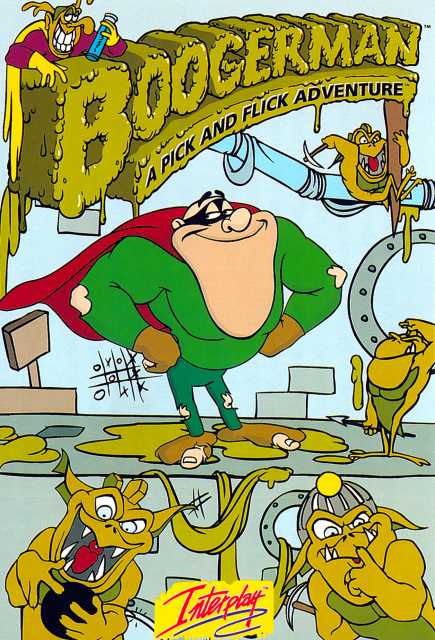