Shining the Holy Ark is a traditional turn based RPG within the 'Shining' series of games, which was released on the Sega Saturn.

Shining the Holy Ark is an RPG within the 'Shining' series of games. Developed by Sonic Software Planning, Shining the Holy Ark is a traditional turn based RPG with a third person perspective, very similar to Shining in the Darkness that was released on the MegaDrive/Genesis. The similarity between the two games is unmistakable, as the battle system, art and even music are similar. The game also shares similar elements to other Shining games, such as a similar menu design, and the class level upgrade system once a character reaches level twenty.

Shining the Holy Ark is a traditional turn based RPG where attacks are taken in turns, and special attacks and magic spells can be used. The first person perspective of the game is constant, and is used to explore towns, although the world map does not involve any exploration when moving between areas. The first person elements are sometimes used to solve some puzzles, such as charging a wall, and other traditional RPG puzzle elements are involved, such as finding items to further your progress or to defeat a boss.

One unique element to Shining the Holy Ark is the pixie system. Players can find a different variety of little pixies within the game by exploring towns and dungeons, which can then be called upon at the very start of a battle to unleash extra damage. Depending on which direction the enemy attacks from, the player selects the pixie that will be used for a preemptive strike. Finding all of the pixies within the game adds an extra level of depth.

The evil Vandals, a supernatural race of demons, wish to revive the thousand year kingdom by using the power of the Ark. Three legendary warriors are chosen to fulfill a prophecy as the mercenaries, Arthur, Melody and Forte are hired to capture the rogue ninja, Rodi, within the Enrich mines. As the prophecy begins to unfold, an unknown ship crashes into the mines and Arthur, Melody and Rodi are possessed by the spirits of the ship as their friend Forte is possessed by an evil spirit. Arthur and Melody team up with Rodi to help save their friend, a task that takes them on a journey across Enrich to fulfill the prophecy and stop the revival of the thousand year kingdom!

The story of Shining the Holy Ark is continued ten years later in Shining Force 3, where the Vandals also make an appearance.

The main character, who's name can be changed. He is a mercenary and expert swordsmen that can use offensive and supportive magic. He is one of the characters possessed by the spirit.

Another mercenary, but a powerful shaman. Her healing skills make her the team healer, but she also has a powerful 'summoning' type spell called Elemental. She is also one of the characters possessed by the spirit.

A rogue ninja that loses his memory, he is one of the fastest characters of the team and has a great variety of offensive and illusion based magic. He is also one of the characters possessed by the spirit.

A powerful wizard, and a mercenary that partners with Melody. Early on in the game, he is possessed by an evil spirit, but when playable, has some of the strongest offensive magic in the game, including an upgraded version of the Lightning spell.

A female paladin and mercenary, she is a skilled warrior with supportive magic, similar to Arthur, but much slower in combat.

A dragon-knight and mercenary partnered to Lisa, he is one of the slowest warriors in the team, but also the strongest. He does not use magic.

A female ninja and sister to Rodi, she is an expert healer with great support magic, and also one of the fastest characters in the team.

A halfling ninja who appears to help Rodi several times throughout the game, he is a hidden playable character. Like Basso, he is strong, but does not use magic. 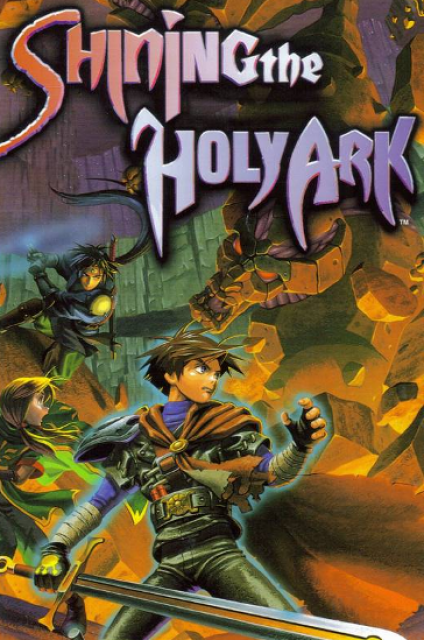