The third game in the SSX Franchise, SSX 3 continues the tradition of over-the-top Uber Tricks, super stylistic characters, and introduces the "One Mountain" concept. Many characters from past games in the series are back in this game, along with notable new-comers: Griff, Allegra, Viggo and Nate. Online play is exclusive to the Playstation 2 version with one-on-one trick sessions, this is also currently the only game in the series to include online play.

SSX 3 is the first game in the series to keep all courses contained on a single mountain broken up into 3 peaks. While this superficially seems restrictive, this move opens up the most innovative game play element of any SSX game to date: The ability to "Conquer The Mountain," which allows the user to actually race (or freeride) down the entire mountain, chaining various runs together for a 30-minute non-stop snowboarding experience.The mountain in SSX 3 contains three peaks which are unlocked as the user conquers each smaller peak. The first peak is the mellowest. It's a gentle introduction to the game and runs from the first base camp to the bottom of the mountain village. The second peak is a bit gnarlier and more untamed. The races and events on this peak are more difficult than the first--but pale in comparison to the events and obstacles on Peak 3.

With the use of streaming technology, each peak (and the runs contained on each peak) are loaded dynamically as the rider snowboards down the mountain. Chaining the peaks and runs together are small base-camps that allow the user to stop off to use a chairlift (or helicopter!) to get back up to taller runs, as well as spots to stop off and customize your gear.

Models of competitors from previous SSX games, such as JP, can be bought and used throughout the game, though no speech comes from these competitors. They are simply extra character models, who tricks can be edited, but not what the competitor wears.

A competition in which the rider with the most points wins (typically the best average out of three runs). Points are accumulated by successfully completing aerial, rail, and manual tricks. Chaining these tricks together (with manuals) creates a combo that increases the score multiplier if the combo is completed. There are other multipliers laid out around each slopestyle course which can double, triple, or quadruple the current combo being executed. Uber tricks can will also add to the user's score.

Race events are simple. First rider down the mountain wins. There are typically two preliminary races, and the final. Score a bronze, silver, or gold in the event and it is considered completed. It is important to note that successful tricks add to your boost meter. The more tricks you can pull, the more boost you have, the faster you can go--so each race becomes a delicate balance between tricks and speed. Also noteworthy as that this is first time in the series that riders can knock each other down (via the use of the right analog stick). Knocking an opponent down will fill up your Uber meter (boost meter), but will also make an enemy out of that opponent.

Big Air events are held on short tracks that are built for speed and air. Typically, these courses (one on each peak) are lined up such that you find different jumps/multipliers if you take more "creative" ways down the course. Again, there are two preliminary rounds and a one final round--high score wins.

There are three halfpipe events that are just as they seem--scoring points on massive airs and multipliers in the halfpipe.

The Big Challenges are found during 'freeride sessions' which are identical to the regular courses--but just riding downhill. The Big Challenges are littered throughout the mountain and can be activated by riding into the green cylinders of light emanating from the mountain. For every Big Challenge you successfully complete, the green cylinder will turn blue, noting that you have completed it. The blue cylinder can be attempted again, however the challenge is typically significantly more challenging than the original version. If you can beat the blue challenge, it turns to red, which is very hard. Complete it to turn the light white, which denotes the event as fully complete.

You can find an abundance of Snowflakes on the Freerides courses. These are the "Collectibles" that the in-game hints speak of. They are blue snowflakes that have no purpose except to give you some extra cash, which we can all enjoy. They are not that hard to find; just search around the far corners of obscure areas amongst the course, and remember to backtrack using your Session option.

SSX 3 adds a ton of new gameplay elements onto the already successful SSX franchise. Some would argue that the most important gameplay element is the ability to freeride down the entire mountain without coming across a loading screen. Others would say that the best new game play element introduced in the game is the combo system and ability to chain tricks together with nose and tail presses (manuals). However, I would suggest that the most important new game play element introduced in SSX 3 is the Session Marker. The Session Marker allows the user to teleport back to a specific area of your current run. This ability allows you to go back replay fun sections of the mountain without loading as well as attempt Snowflake Collection and BIG Challenges without penalty. 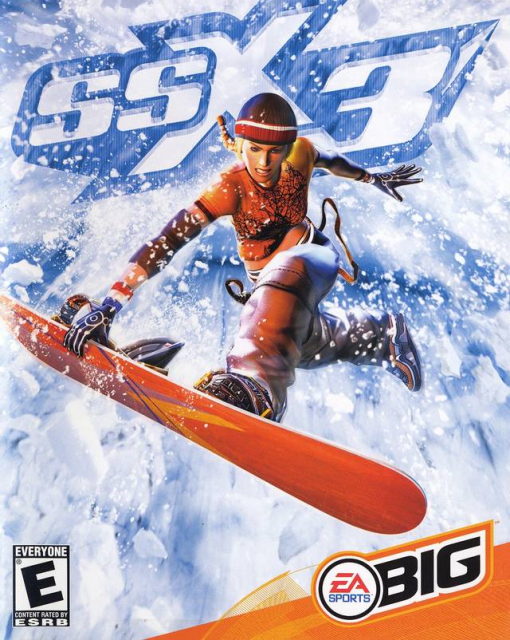