Hydlide (ハイドライド Haidoraido) is a 1984 action role-playing game developed by T&E Soft and published in 1985.

Hydlide II: Shine of Darkness was originally released for the NEC PC-88 in 1985, and soon after ported to the Sharp X1, MSX, and other Japanese computer platforms. An official English version was released through the Dutch MSX games distribution platform WOOMB in 2006, the first official release in the Western world.

The game introduced a morality meter, where the player can be aligned with Justice, Normal, or Evil. Killing humans or good monsters lowers the player's morality, while fighting evil monsters increases it. If the player has an evil alignment, the negative reputation will lead to the townsfolk ignoring the player, denying access to certain clues, dialogues, equipment, and training. The game also introduced a time option, allowing the player to speed up or slow down the gameplay. 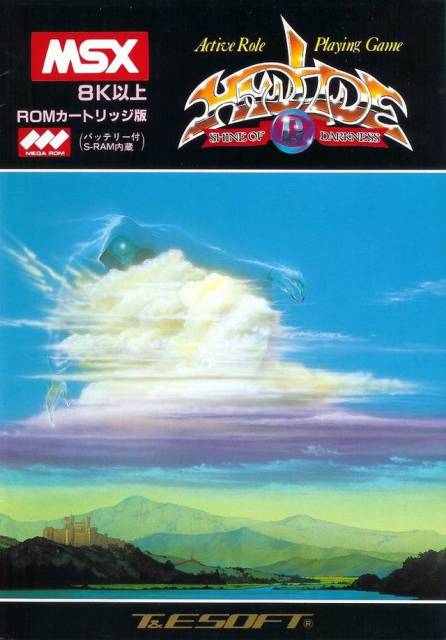