This engaging text adventure requires you to learn and cast spells to find and defeat the dark lord Krill.

Published in 1983 by Infocom, Enchanter is an Interactive Fiction game written by Marc Blank and Dave Lebling. The game takes place in the Zork universe. This was the first game in " The Enchanter Trilogy" which included Enchanter, Sorcerer, and SpellBreaker.

The game puts the player in the shoes of a novice Enchanter sent against the dark necromancer Krill. The player is sent by the Enchanters' Guild in the hope that the mighty sorcerer will either not notice so lowly a wizard, or not see him as a threat.

The game, in its boxed format, shipped with a Directory of Guilds, an Enchanters' Guild Pin, a Scroll listing the spells "Frotz", "Gnusto", "Nitfol", and "Blorb", a map of locations in the game, and a booklet entitled "A Brief History of Magic." 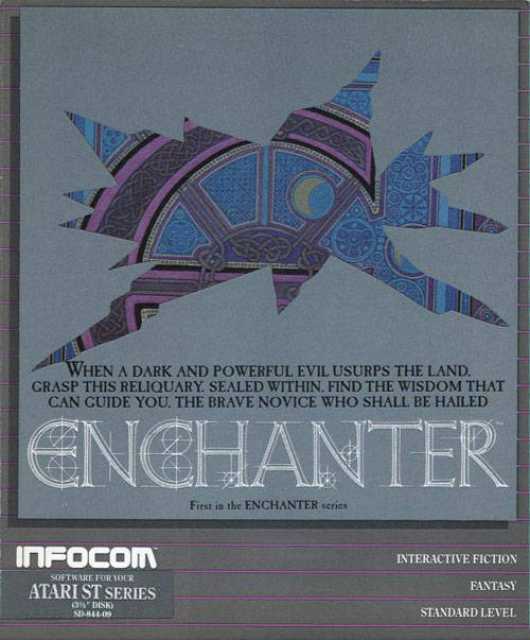