A dark-themed 2D fighting game for the Atari Jaguar with heavily inspiration from the Mortal Kombat series (including digitized actors and finishing moves both brutal and comedic).

Ultra Vortek is a 2D dark sci-fi fantasy fighting game developed by Beyond and published by Atari for the Atari Jaguar on September 5, 1995.

Like most of the other Western-made fighting games of the '90s, Ultra Vortek is heavily influenced by the Mortal Kombat series, lifting its use of digitized actors, gratuitous violence, grimdark themes, and brutal finishing moves.

Set in a dystopian future, the world of Ultra Vortek has humanity driven to ruin by a number of calamities (including a robot uprising and a revolt of genetically-cloned humans), with rampant gangs attempting to control what's left. Now a demonic creature, known as the "Guardian", announces that he will destroy the world unless he is defeated in combat.

Along with its infamous secret finishing move (that transforms the losing fighter into a pile of steaming feces), the game is known as the only game to support the rare Jaguar Voice Modem (JVM) peripheral for dial-up multiplayer.

The game includes seven playable characters from the start and two hidden characters (one of which serves as the game's final boss). 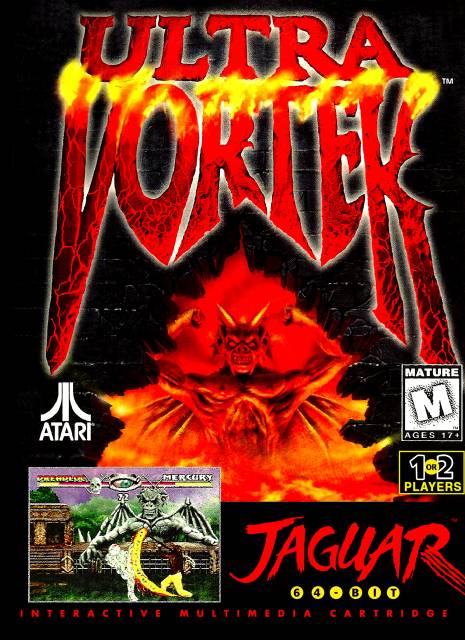