Neo Turf Masters (known in Japan and in later re-releases as Big Tournament Golf) is a golf simulation game developed by Nazca and released by SNK for arcades (running Neo Geo MVS hardware) in early 1996, the Neo Geo AES on March 1, 1996, and the Neo Geo CD on May 1, 1996.

The first of two games (the other being Metal Slug) developed by Nazca (prior to being acquired by SNK), Neo Turf Masters is known for its simplistic gameplay, difficult courses, and a unique continue system (where exceptional performance rewards the player with additional game time). It is the spiritual successor to the team's earlier Irem golf games: Major Title and The Irem Skins Game.

A mobile port was developed by SNK and released for the Neo Geo Pocket Color on July 31, 1999. The original game was digitally re-released by D4 for the Wii (via Virtual Console) on August 18, 2008, by DotEmu for both iOS and Android devices on June 30, 2016, and by HAMSTER (as part of the Arcade Archives series) for both the PlayStation 4 and Xbox One on February 23, 2017. The Arcade Archives version was later released for the Nintendo Switch on March 23, 2017 and for the PC on December 28, 2017, and was later changed to Big Tournament Golf in 2019 for all regions (due to the original trademark being dropped after a dispute with the owner of the Masters Tournament).

As far as golf simulation games go, Neo Turf Masters is fairly similar to the traditional offering. The player has four different courses to play on, located in a few international locations: Germany, Japan, USA, and Australia. Each course has 18 holes, naturally, totaling 72 holes of golf. The Neo Geo CD version has a hidden fifth course (Scotland), totaling 90 holes of golf.

The player has control over their golfer's aim (by moving the joystick left or right) and the curvature of their shot (by pressing B for left hooks and C for right slices), adjusting for the wind and course conditions. By moving the joystick up and down, players can choose which club to use. Each swing requires simple control (two taps of the A button) over two meter types: the Power Meter (which controls how far the shot goes) and the Height Meter (which controls the vertical arc of the swing). Along with controlling how much wind affects the ball, the Height Meter also determines if the swing misses (penalizing the player). On rougher terrains, both meters move at a faster, more difficult rate, and the chance of the swing missing is greater.

In the base arcade version of the game, one coin yields three holes, but successful play is rewarded with more holes, while poor performance results in a reduction of the holes left. This can be adjusted by the arcade operator.

Similar to The Irem Skins Game, each of the game's six playable golfers have different strengths and weaknesses: 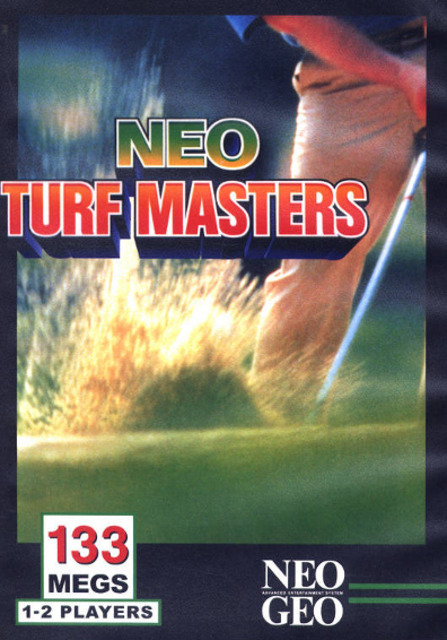