Metal Max is a 1991 sandbox role-playing game set in a futuristic, post-apocalyptic, open-world environment, where the surviving humans cluster in villages and ruins while "hunters" fight the monsters and outlaws outside.

Metal Max (メタルマックス) is a vehicle-combat sandbox role-playing game developed by Crea-Tech and published by Data East for the Nintendo Famicom exclusively in Japan on May 24, 1991, and later re-released on the Wii Virtual Console on April 27, 2010. The title is the first entry of the Metal Max franchise that is set in a futuristic post-apocalyptic where the surviving humans cluster in underground villages while "monster hunters" fight the beasts and outlaws that roam above. A sequel was released two years later on the Super Famicom, called Metal Max 2, and a remake of the first game was also created for the Super Famicom in 1995 under the name Metal Max Returns.

Metal Max was an early example of an open-ended and non-linear role-playing video game. It lacked a predetermined story path, but the player was instead given the choice of which missions to follow in whatever order while being able to visit any place in the game world. The ending can be determined by the player, who can alter the ending through their actions, complete the game at almost any time, and can continue playing the game even after the ending.

The gameplay is classic RPG fare: the characters travel from town to town, having random encounters on the way, upgrading items and tanks as they go. The object is to become a well-known and respected hunter by defeating the monsters with bounties on their heads, which can be done in any order the player pleases. There is a surprisingly rich storyline, but as it is not forced on the player it must be actively sought out. A large part of the game is customizing tanks: tank parts can be bought or found, and the parts, as well as the tank itself, can all be modified. The player uses a BS-Controller (BS-Con), a personal computer system, to track data about things such as towns, tanks, bounties and experience points. Combat is turn-based. There are a large number of miscellaneous items, weapons and upgrades, most with unique or uncommon capabilities.

The character classes, such as a mechanic or soldier, could be chosen for the player characters, who would fight in turn-based battles either on foot or using tanks. The player could create tanks, customize and make a variety of modifications to them, remodel and enhance each part, strengthen the defense, repair damaged parts, and give them more shells and ammo. 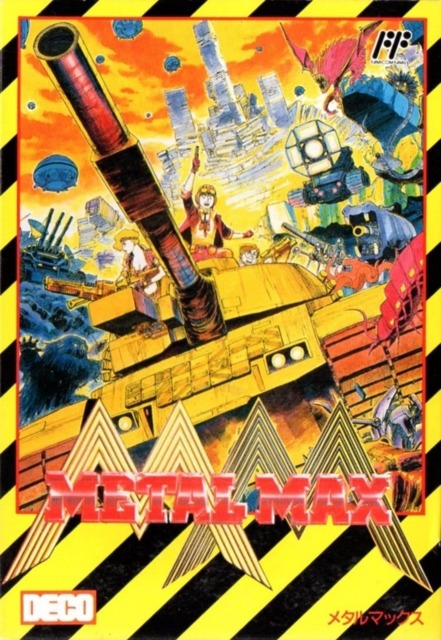