Click here for information on the original versions of Final Fantasy and Final Fantasy II. Final Fantasy I & II: Dawn of Souls is essentially a Game Boy Advance upgrade to the original two games in the series. The core elements are the same- take your party, level them up and defeat evil. It also brings over a few extra things from Final Fantasy Origins such as the Bestiary and a run button. Some gameplay problems have been fixed, especially that leveling is handled with more speed, and the translation and story are tighter than ever.

Additional new features include the ability to  save anywhere (where as the originals needed you to be in a tent or town). The magic system has also been overhauled to no longer being a level based system, but more akin to what the more recent games in the series have had. Final Fantasy II has less changes, and  essentially boils down to a more forgiving leveling system (the system works that the more you use something, the more it gets leveled) and has an extra chunk of story at the end, making the game about 20% longer.

Finally, both have a plethora of new dungeons which, though optional, do add length to the game should they be tackled. The graphics have been overhauled to a new Super Nintendo-like fidelity and the sound has been rescored as well. The game may be essentially the same, but it's tweaked enough and has a shiny coating on it that makes it fit in more with contemporary RPGs.
Pokémon FireRed/LeafGreen Dragon Warrior I & II Dragon Quest IV: Chapters of the Chosen Dragon Quest VI: Realms of Revelation Lufia: The Ruins of Lore Mother 1+2 Magical Vacation Super Mario RPG: Legend of the Seven Stars Mother 3 Quest RPG: Brian's Journey Mario & Luigi: Bowser's Inside Story Phantasy Star Collection 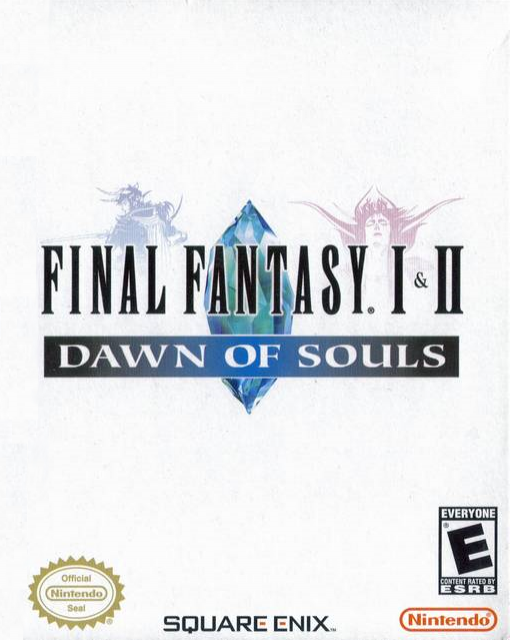