Math Blaster! is the orignal game in the Math Blaster Series. It challenges players to solve math problems through first person and sidescrolling shooting games.

Math Blaster! is an educational game developed and published by Davidson & Associates for Commodore 64, Atari 8-bit, and PC.

In Math Blaster players take control of Blasternaut, and go on a missions asssigned by the Galactic Commander. Although the player also has a dog named spot, the game is spent with no supporting help.

Although designed to be purely educational, the addictive quality of the shooting hugely boosted the sales of the product. This was helped by the fact that the game was educational, making it one of the few games that Parents wanted their children to play, and the children who played the game enjoyed it.

In the game, players are given a math problem to solve. There are multiple answers across the top of the screen with a single one of them being the correct one. Players then move their character to the corresponding cannon at the bottom of the screen to be launched into the answer.

Math Blaster! has spawned the Blaster Learning system(continuing franchise), as well as a TV show, and has been the base for many future educational action games. 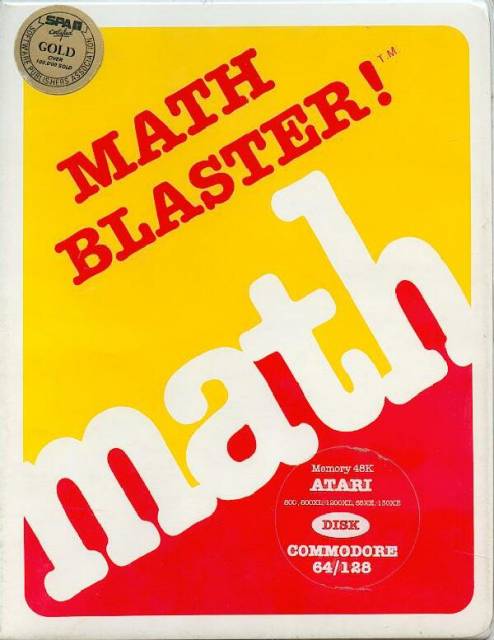