Continue your campaign against terrorism & communism or face 9 equally crazy Generals who are hysterically stereotypical in every way shape and form.

Continue the campaign against terrorists & communism in 15 new missions or engage fight Generals from around the globe as you match strategies and arsenals against 9 masterminds of modern war with unpredictable personalities and tactics. Unleash 30 new units and 20 new upgrades including China's ECM Tank, the GLA's Battle Bus, and the USA's Specter Gunship. Modern warfare has never seen the likes of these hysterically stereotypically insane unadaptable Generals before.

In addition to a new set of campaigns, Zero Hour introduces a new General-oriented Challenge mode. In it, the player chooses a general and fights (nearly) every other general in succession. Each general has a map and a prefabbed base geared toward their personality when you fight them (for example, General Townes has a pentagonally shaped military base with perfectly symmetrical defenses on each entrance). The final fight introduces a special Chinese general that has a combination of units picked from every faction's arsenal, as well as all three factions' superweapons. To the author's knowledge, she is not unlockable.

Command & Conquer: Generals - Zero Hour expands the number of Generals you can use by adding 3 variant Generals to each faction for a total of 12 Generals (when you include vanilla USA, GLA, and China). Each general emphasizes a facet of the military they represent from infantry to nuclear power, giving special benefits to the player in these areas. To balance this, the general also restricts other areas of the army by raising prices or banning the use of troops and powers that are unrelated to the general's forte.

A gratingly snooty figure, General Alexander will brush aside any threat to her forces with base defenses and turtling. Her Ion Cannons cost half the usual amount, her advanced fusion reactors make much more power, and she gets access to both the Aurora Alpha Bomber and the EMP Patriot missile launcher (both items of arguably broken strength). In exchange for these perks, she does not have access to any tank units and the vehicles she does get are more expensive. The incredible ability she has to turtle with her special bonuses makes her frustratingly impervious to attack once her base is up and running. On the other hand, if you can get the jump on her she can be rushed as all her special units and abilities have no effect on the early half of combat.

Townes is probably the most versatile of any general as the benefits of his laser tech boost nearly every branch of his forces. He replaces the normal Patriot missile defense with a laser turret that is far superior against non-vehicular targets due its ability shoot in a line, mowing down infantry who would normally be overkilled by a Patriot missile. The crusader is replaced with the laser tank which is more powerful than the original but has a crucial downside--the tanks need power to move and fire. All of Townes' planes are augmented with a laser missile defense system that shoots down SAM's if they approach Townes' planes from behind. The flip side for Townes is a lack of Tomahawk missile launchers. Townes is more or less immune to missiles and his laser systems improve his army substantially. However, he requires a larger amount of power to function than other generals and, as a result, knocking out his power plants is devastating.

Even though the United States is the uncontested air power of C&C Generals, Granger is still here just to rub it in. His Raptor aircraft become King Raptors, holding more missiles. He gets the ability to research stealth technology for the Comanche, extremely useful hit-and-runs. He can build the Combat Chinook which allows infantry loaded inside the Chinook to fire. He gets Townes' laser missile defense for his aircraft for free, starts with the ability to build stealth fighters, and all his aircraft are cheaper. He also gets access to a Carpet Bombing deployed by a B-2 that is similar to the Chinese carpet bombing general power. His tradeoff is very similar to Alexander's: no tanks and pricier vehicles. Granger's air force is greatly bolstered in both firepower and defense but his lack of ground capabilities make him easy to kill with machine gun spams (no defense system on any plane works against bullets). Gatling guns and quad cannons are his ultimate foes because they hit both infantry and aircraft (the only two effective branches of his military).

Tao is a nuke kind of guy. Seriously. He starts with Nuke Cannons, his Battlemaster and Overlord tanks starts with Nuclear engines and nuclear shells, the Carpet Bomber is replaced with the Nuclear Bomber, he gets an Advanced Nuclear Reactor, his MiG's will upgrade to tactical nukes instead of napalm, the Helix gets nukes instead of napalm, Nuclear Silos are slightly less expensive, and he gets a research called Isotope Stability that reduces the radiation effects of...you guessed it: nukes. In return, Tao's infantry and aircraft are more expensive. Tao may seem to be overpowered, but the radiation from his own attacks makes it harder for him manuever without casualties and his forces will be smaller due to higher prices. The GLA have serious trouble dealing with this guy as the radiation can knock out any of their troops, but for the USA a combination of chemical suits and aircraft will win the day against this crazy Cold War enthusiast.

Fai is a tier 1 rusher's wet dream. Though he does get other solid benefits such as a paradrop General Power, advanced bunkers, better hackers, and a beefed-up version of Nationalism, all of his other bonuses are solely in the service of his special unit: the Mini-Gunner. The Mini-Gunner is a heavy-machine-gun-wielding replacement for the standard Red Guard infantry and the difference in capability is staggering. When massed in groups, Mini-Gunners can take out absolutely anything as their rounds do appreciable damage to armor, hit aircraft, and steamroll infantry. Games can be won in blazing speed by a heavy micromanaging Fai player. Knowing is more than half the battle against a Fai player; if you don't realize that one of your enemies is this monster of a general and prepare accordingly, you will almost unconditionally lose the game. Measures can be taken to repulse Fai's army but, given that he has an all-in-one fighting machine of questionable fairness, these measures must be taken rapidly to work. If Fai's infantry are effectively resisted, he has nothing to fall back on as he does not have access to any tanks and all vehicles are more expensive for him (a far more dire drawback for China than the USA). Bring him to this point and he will be crushed.

Kwai is probably the most satisfying general for a player interested in overwhelming their foes. His benefits have a very no-nonsense nature to them as they tend to just make his tanks incrementally better instead giving them funny abilities and powerups. Don't think that this is a weakness; Kwai's tanks, while lacking special properties, are fundamentally superior to all others. He gets the Emperor Overlord instead of the regular Overlord which has the ability to build two tank mounted upgrades instead of one, all his tanks start as veterans, all his tanks are cheaper, he gets a tank drop instead of Cash Hack, and he has access to the Autoloader upgrade that lets Battlemaster tanks fire three consecutive shots (not quite as ridiculous as it sounds, but still very good). As you might expect, his aircraft and infantry are more expensive, but his only unit restrictions are the Nuke and Inferno Cannons. This means that while General Kwai is an incredible linebreaker, he has trouble cracking established base defenses (Nuke and Inferno Cannons are China's two artillery pieces). Kwai is indestructible head-on, but he is quite susceptible to indirect attack players who can hold off his tanks with base defense. General Alexander is, thusly, an excellent counter to General Kwai.

Dr. Thrax is to toxins what General Tao is to nukes. Everything in Thrax's military revolves around poison. His rebels squirt toxins instead of shooting bullets, his rockets release anthrax clouds, his Tunnel Networks are equipped with a Toxin Tractor pump instead of a machinegun, his tanks come equipped with Toxin Shells, his Bomb Trucks and Scud Launchers can only load anthrax, Thrax's terrorists are Toxin Terrorists, his Demo Trap releases anthrax, and (naturally) he gets the ability to upgrade from Anthrax Beta to Gamma making the formula even more deadly. His tradeoff is the loss of the hijacker and saboteur and higher vehicle prices. While the case can be made that, when paired with Anthrax Gamma, an army of RPG Troopers would be completely unstoppable, Dr. Thrax is always plagued (haha) by the lingering area denial of his own weapons. Being GLA, Thrax has no aircraft to speak of so he simply has to wait out the toxic clouds before moving in (Anthrax Gamma does considerable damage to vehicles as well). As such, Dr. Thrax is vulnerable to the same tactics as General Tao.

Being sneaky has never been easier than with Prince Kassad's overly dedicated stealth army. All of his buildings start with Camo-netting, all his base defenses start with Camo-netting, he starts with ability to recruit Hijackers, his Rebels have camo, and he get the GPS Scrambler as a level 1 General power as well as the ability to use it more frequently. In exchange, Kassad loses the Scorpion Tank, the Marauder Tank, and the SCUD Launcher. Fighting mists and shadows is difficult and aggravating; a good Prince Kassad player can use this to stay alive indefinitely, moving about the battlefield undetected both in force and in construction. His Achilles' heel is strongly outlined in his drawbacks: he couldn't create a frontline even if he wanted to. Steamrolling is the only way to go against Kassad and is, as a result of both his strength and weakness, doubly effective for taking him down.

Blowing stuff up is all Juhziz does. Thankfully, he's up to the task. He loses most of his Anthrax weapons and is barred from creating nearly unit with stealth. This is compensated by more powerful Terrorists, a stronger Scud Storm, an Advanced Demo Trap that is cheaper and much more powerful, a C4-equipped Jarmen Kell, Terrorist-mounted Motorcycles, and cheaper Bomb Trucks. Juhziz probably has the greatest number of flaws in the whole line-up, but his ace-in-the-hole is the Combat Bike preloaded with a powerful Terrorist. The bike is so fast and the Arms Dealer can start cranking them out so early in the game that a good Juhziz player can bring an opponent to a productivity standstill just by running bikes into their base over and over again; it takes several defensive structures to take out a full speed Motorcycle before it run into its target. Juhziz is a brute force GLA General and as such feels a little out of place, but he is by no means bad. He has to prioritize the destruction of his opponents' economy to win but barring that he is, at the least, a great diversion. 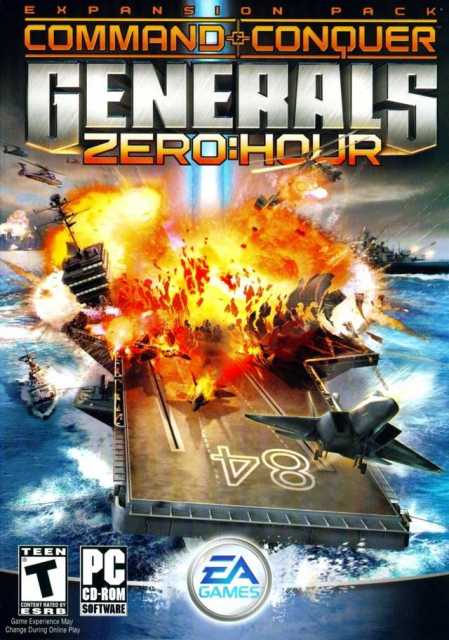