Clock Tower 2: The Struggle Within

A girl with multiple personalities, a hatchet-wielding demon, and a famous curse are the main focus of this game...A world of folklore and psychological thrills awaits those who play.

Clock Tower II: The Struggle Within, known in Japan as Clock Tower: Ghost Head, is a spin-off to the Clock Tower series and is the third entry in the franchise despite the game's American title. The Struggle Within is the first entry in the series to not feature Jennifer Simpson as a main character and instead follows a 16 year-old Alyssa Hale as she finds her relatives falling under the curse of the Maxwell Family. The game was developed by Human Entertainment for the PlayStation and was released in Japan on March 12, 1998 followed a year later by Agetec's North American release on October 31, 199.

The gameplay in Clock Tower 2 is similar to the first games, with a slightly heavier emphasis on puzzles and item collecting. The game still uses a point and click interface, with the inventory on the top of the screen. This time, you're being hunted by more than one crazy murderer: a psychotic zombified girl named Stephanie, her zombified brother, Michael, and various other psychos and zombies.

Most of the game still consists of running through a house, evading mostly invulnerable enemies by hiding under or in furniture, or using your environment against them. This time, however, you share your body with Bates, your alternate personality. Bates is a tough guy, and, unlike Alyssa, he can use guns, which are placed sparingly throughout the game and allow you to get rid of an enemy easily.

Alyssa can switch personalities with Bates by dropping her amulet somewhere (picking it up will turn you back to Alyssa). Bates and Alyssa will trigger different events in the story and can pick up or use different items. This element is important, because the game has a staggering 13 different endings. Seemingly inconsequential actions can largely affect the ending. 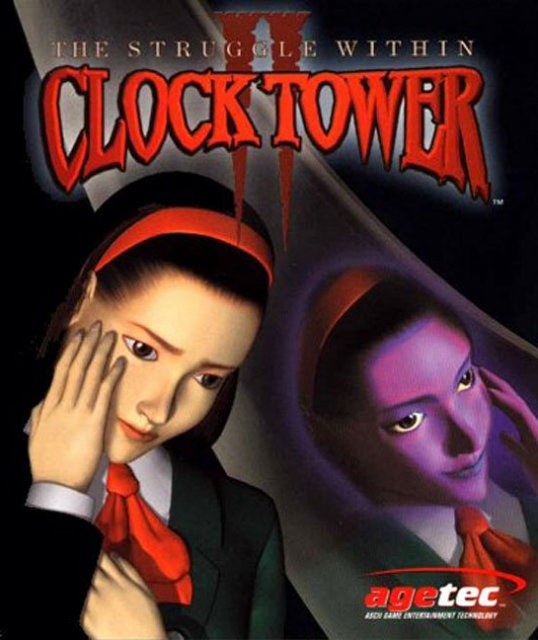