A table tennis simulator made for the Arcades by Konami and later ported to various systems.

Konami's Ping Pong is a video game simulation of table tennis that takes the perspective from behind the player, rather than from above like Pong. It also provided many recognizable table tennis features, such as the sport's scoring system and other rules.

It was initially released in the Arcade and then later adapted for the MSX home computer by Konami. It would also receive a port to European computers the Amstrad CPC, the C64 and the ZX Spectrum courtesy of Imagine Software. Besides a graphical downgrade, they all managed to adequately recreate the Arcade version's feel.

Konami itself would again port the game, this time to Japan's Famicom Disk System on which it was named Smash Ping Pong. The Wii Shop Virtual Console version is a port of this FDS release. The original Arcade version was ported to Game Room for Windows PCs and Xbox 360. 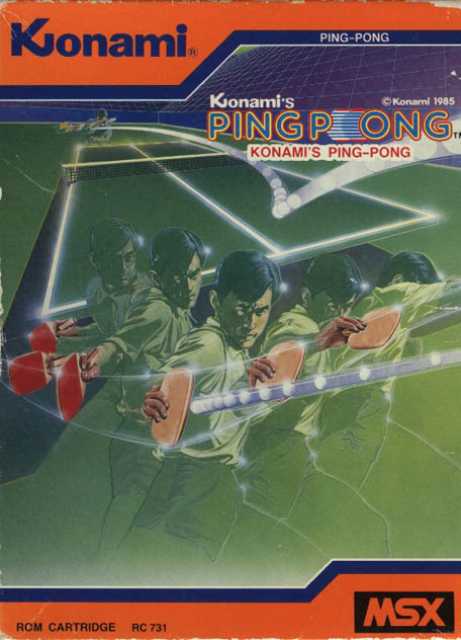