Devil Children's main characters are part human and part demon. They're known as "Devil Children". The game takes place in modern Japan and the realm of Makai. The children travel around with weapons and a monster and was largely compared to Pokemon when the game released. The part human, part demon character would never fight in battles. Instead, their companion monster would go into battle and duel for them, with a limit of two out at once.

The main character of Red Book is a girl named Mirai. Her father has gone missing in the realm of Mirai. Her monster is a pink bird named Veil.

The main character of Black Book is a boy named Setsuna, who's little brother has been kidnaped and taken to the demon world by an army of Jack Frosts. His monster is a cerberus-like creature named Cool. 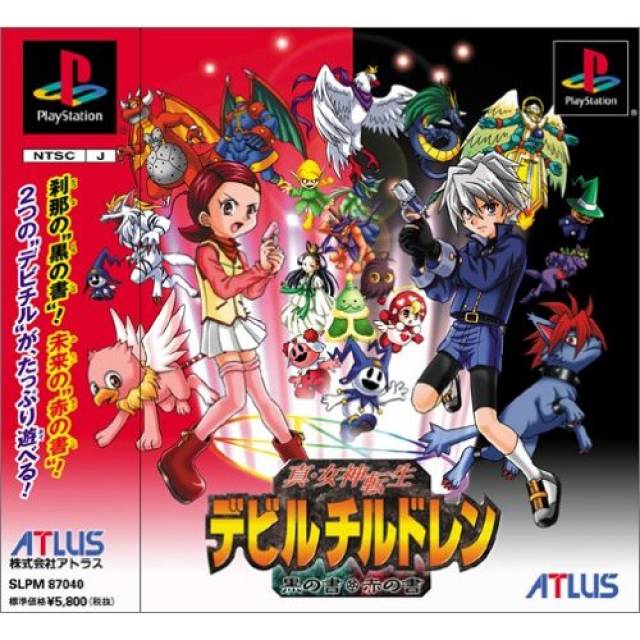