The Adventures of Lomax

Players control Lomax the Lemming as his attempts to rescue his friends and stop Evil Ed.

The Adventures of Lomax is a platformer spin-off of the Lemmings series that was developed and published by Psygnosis for PC and PlayStation.

Players take control of a lemming called Lomax; Lomax is tasked with saving his friends who were transformed into monsters by an evil doctor, Evil Ed.

Players have to stop Evil Ed using a magical helmet. Players can use some of the power-ups from Lemmings series including building and digging. When players defeat enemies, they will turn into a normal lemming. 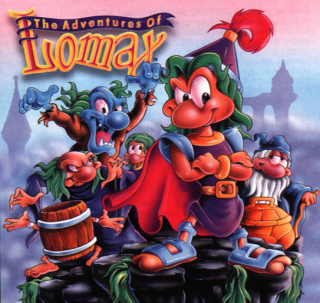