A dungeon crawler for the Nintendo DS, Deep Labyrinth is a remake of an early 3D cell phone game. The game also features a separate quest featuring an all new storyline and characters.
Nintendo DS

Deep Labyrinth is a Nintendo DS remake of a cell phone-based RPG of the same name.  It was developed by Interactive Brains and published in North America by Atlus on August 15th, 2006.  The game contains two separate storylines featuring completely different characters and scenarios.  One is based on the scenario of the original cell phone title, while the other is an all-new story that was also designed to have a lower degree of difficulty.

Deep Labyrinth's scenario design was conceived by Masato Katou.  The game's soundtrack was composed by Yasunori Mitsuda.  Both individuals had worked previously on projects such as Chrono Trigger and Xenogears.

Shawn and his dog Ace are traveling on a car trip with his parents.  After making a stop, Shawn's parents wander off and disappear.  When Shawn goes to look for them, he's pulled through a portal into another world.  With the help of his dog, he embarks on a quest to rescue his parents and escape the labyrinth.

This scenario was the lone storyline of the original cell phone title.  In it, a man is talking on his cell phone when he's suddenly transported to a mysterious labyrinth.  As he explores, he's forced to reconcile his past and understand what it is that keeps him trapped within its walls.

The basic gameplay is identical in both scenarios.  The premise places the player in the shoes of the protagonist from a first-person perspective in order to explore the labyrinth.  Fantastic monsters roam the corridors and can be fought by using either melee weapons or magic spells.  The sword is used by slashing at the touch screen with the stylus.  To cast a spell, the player must trace the proper pattern on the DS's touch screen.  Multiple patterns can be combined in order to enhance a spell's power.

The DS-exclusive Shawn & Ace storyline features additional puzzles and mechanics that utilize the platform's hardware.  Examples include puzzles that require contextual use of the touch screen as well as the microphone.  Such actions may involve turning a dial or inflating an object.

As of January 16, 2011, Deep Labyrinth has an aggregate score of 57 out of 100 on the review aggregation website Metacritic.  Multiple reviews cited describe it as King's Field with a better frame rate.  Common criticisms of Deep Labyrinth included that the game is simply dull and he touch screen control mechanics were cumbersome.
Mazes of Fate Etrian Odyssey II: Heroes of Lagaard Etrian Odyssey The Dark Spire Wizardry Asterisk: Hiiro no Fuuin Orcs & Elves Class of Heroes Fighting Fantasy: The Warlock of Firetop Mountain Wizardry: Seimei no Setsu 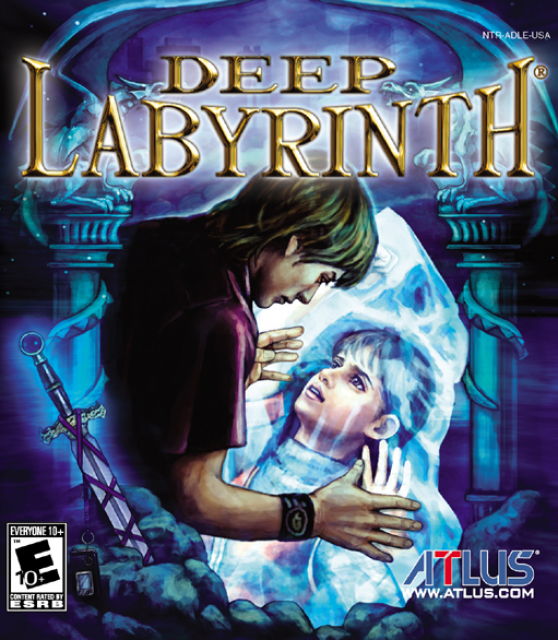