A Taiwanese historical-fantasy fighting game for MS-DOS PCs based on the Chinese novel Romance of the Three Kingdoms. Set in 3rd century China, take control of Liu Bei's five generals as they battle the forces of opposing warlord Cao Cao.

Sango Fighter (known in Taiwan as Sānguózhì Wǔjiàng Zhēngbà, loosely translated to "Records of the Three Kingdoms: The Generals' Fight for Hegemony") is a 2D historical-fantasy fighting game developed and published by Panda Entertainment for MS-DOS PCs in Taiwan in 1993, with an unlicensed North American release by Accend sometime after.

A fighting game in the vein of Street Fighter II, Sango Fighter is set in 3rd century China (during the "Three Kingdoms" era) and is based on the classic historical text Records of the Three Kingdoms (and the 14th century novel Romance of the Three Kingdoms). The game follows five generals of warlord Liu Bei as they battle the forces of Cao Cao.

Along with traditional one-on-one arcade and versus modes, the game features a "Story Mode" where players attempt to defeat Cao Cao's five generals (along with Lü Bu and Cao Cao himself) using a limited pool of five characters (Liu Bei's five generals). Each one-round match has players not only fighting the opposing general, but also their low-health minions, and being defeated makes that character no longer playable (with a Game Over once all five are defeated).

The game uses standard two-button controls (one for Punch attacks and one for Kick attacks), and includes special moves. The game features a unique meter below the health bar that fills up from defensive actions (such as blocking and walking backward) and, once full, is used to enhance the next special move.

Sango Fighter was later ported to both the Super A'can in Taiwan (as Sango Fighter: Wǔjiàng Zhēngbà) and NEC PC-9801 in Japan (as Sangoku: Bushou Souha) in 1995. The PC-98 version was ported by Great and released by Imagineer. After acquiring the full legal rights to the game, North American studio Super Fighter Team re-released the game as freeware on June 18, 2009, with an updated version on February 15, 2011. 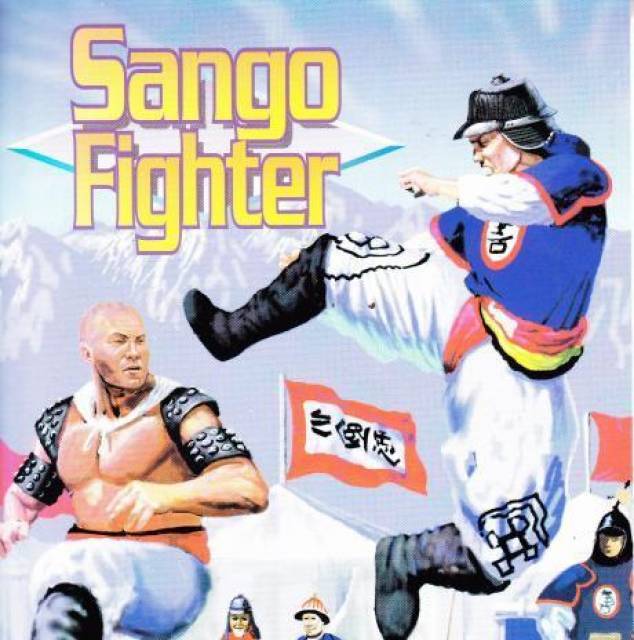