SSX Tricky is the second game in the SSX franchise, developed by EA Canada and published under the now-defunct EA Sports BIG label. The game adds a number of new colorful characters and courses. It also expands on some of the more popular courses from the original SSX game. Tricky was released in 2001, a year after the original SSX.

The Freeride mode of gameplay does not allow you to unlock characters, boards or outfits, but is basically just-for-fun. It enables you to play with either one or two players, as well as allowing you to get to know the course. This also helps players get a better feel for courses they haven't played, or courses that they cant beat in the World Circuit mode.

Practice Mode is a great place for beginners to get the opportunity to get used to snowboarding. As in Freeride, you have the ability to do what you wish, and to practice tricks.

In the World Circuit mode, you have the ability to unlock characters, boards and outfits by racing and competing in events. There are two main categories of events; Race and Show-off. In both events, the player must compete in the Quarter- and Semi-finals, and then in the Finals and get within the top three places to "win" that track; the medals are bronze, silver, and gold

There are eight tracks to complete. When racing, you must attempt to stay in the lead of your five opponents. In show-off, you are required to perform as many fancy tricks as you can and obtain as many points as you can.

If this mode is completed in Race, the extra track "Untracked" is unlocked for Freeplay. Similar to Showoff is Pipedream.

Single Event takes, as its name suggests, one of the events over a single heat from World Circuit mode. Medals are awarded at the end of the track, and a second human player can be added. 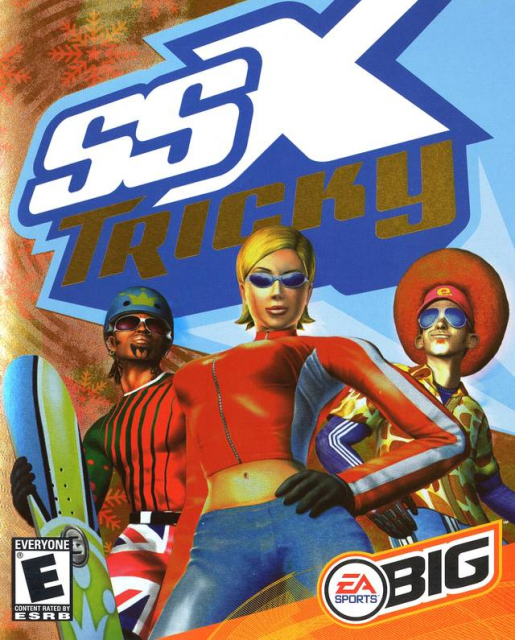