Star Wars Galactic Battlegrounds is a real time strategy game set in the Star Wars Universe powered by the Age of Empires II: Age of Kings engine. The player takes control of one of six factions each with an individual campaign. These six factions consist of Wookies, Rebel Alliance, The Imperials, Gungans, Naboo and the Trade Federation. In 2002 an expansion pack was released named Clone Campaigns which followed the events of Star Wars Episode II: Attack of the Clones.  Five months later a compilation of both game was released titled, Star Wars Galactic Battlegrounds Saga.

The game played extremely similar to Age of the Empires II: Age of Kings, and was really just a reskinned version of the game. The real thing that made the difference is the fact that air units were used in Galatic Battlegrounds and guns are used far more often that in Age of Kings, which changes combat tactics up minorly.

Galactic Battlegrounds included six campaigns mostly spread throughout the timeline of the various Star Wars films. These campaigns all focused on one specific character and that character's respective faction. Each campaign had 7-8 missions each.

1. Attichitcuk: Galactic Battleground's tutorial campaign focusing on the Wookiees' colonization of Alaris Prime and their struggles with the Trade Federation forces on the planet.

3. Boss Nass: The Gungan campaign actually begins with the character Boss Gallo, the forerunner of Nass who lived around 3000 years before the Trade Federation's invasion of Naboo, and the one who ultimately united the Gungans. His quest for unity between all the Gungan clans began when Boss Rogoe destroyed his village Otoh Sancture through the use of Bursas.

The second half of the Gungan campaign shifts to Boss Nass and the Trade Federation's invasion of Naboo. After meeting with Queen Amidala, the campaign focuses on the effort to rally the Gungan Grand Army.

4. Darth Vader: Darth Vader's campaign begins with the assault on Yavin 4, after which he captures General Dodonna and learns of the Rebel's plans upon the planet of Reytha, a breadbasket planet for the empire. The campaign also covers Vaders other various exploits, including the battle of Hoth.

5: Princess Leia: Princess Leia's campaign focuses on the exploits Leia and the surviving jedi master Echuu-Shen-Jon undertake shortly after the battle of Yavin. After liberating the planet of Krant, they both learn of the Vor'Na'Tu on Geddes, and seek to do whatever they can to prevent the Emperor from receiving it.

6: Chewbacca: Chewbacca's campaign focuses on his return to Kashyyyk after the battle of Endor. He returns to find the planet being overrun by Trandoshan slavers who are enslaving his kind.

The campaigns are ordered primarily in chronological fashion, though their order is also a rough representation of each campaign's difficulty level. The main discrepancy in such an order, however, is between Boss Nass' and Darth Vader's campaigns- for Vader's campaign is arguably the easier of the two. Especially given how much of a difficulty spike Boss Nass' campaign has over OOM-9's.

After Vader's campaign however, the difficulty progression is relatively standard- with Chewbacca's campaign easily being the hardest.

Notably, the Wookiees are the only faction who get two campaigns (If you count the tutorial campaign that is). On the other hand, the Royal Naboo faction gets no campaign whatsoever. The Wookiee's campaigns are also the only ones that diverge from the main timeline covered by the films, with the tutorial being placed before the prequel trilogy and Chewbacca's campaign occurring after the battle of Endor.

Several of the campaigns also end with bonus missions which generally focus on important battles from the films rather than the storyline the rest of that faction's campaign pursued. (Though not all of the bonus missions are based on battles from the films)
Age of Empires Empire Earth Age of Mythology Star Wars: Galactic Battlegrounds - Clone Campaigns Star Wars: Force Commander Age of Empires: The Rise of Rome Outlive 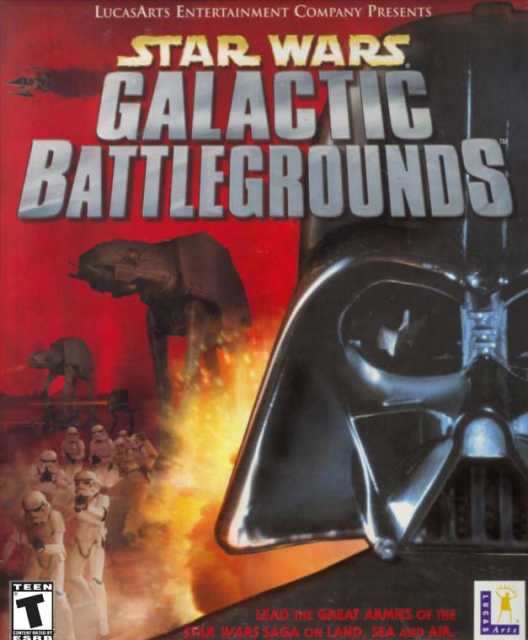