As a precursor to the events of the game, the player is told that the world is made from data at a quantum level, which is found out in the original Digital Devil Saga. The members of the  Embryon tribe, the players team, are in the Junkyard having been saved by the intervention of God and given bodies to be able to exist in the real world. Waking, they see that the sun has been turned dark, similar to an eclipse, and turns those without the Demon Virus to stone. Only three of the members of the Embryon tribe are in the Junkyard (Serph, Argilla and Gale) as Cielo had been kidnapped by the Lokapala resistance group. After fighting through the Junkyard the player meets the Leader of the Lokapala, Roland, and convinces him that they can help defeat the Karma Society.

Managing to get into the Karma Society's City, the Embryon trys to rescue a former member, Sera from the Medical Ward in the Detention Facility. Their plans are abated by former member Heat, how is been controlled by Madame Cuvier. A second attempt to rescue Sera is made at the E.G.G. facility, made to try to communicate with God, but are once again affronted by Heat trying to stop the rescue. After a heated battle Heat injures Serph and as a result both are dragged into the E.G.G. reactor just as God is trying to envelop and consume the planet. Jenna Angel, the main antagonist from the last game, kills Madame Cuvier and the rest of the Embryon tribe attempts and fails to stop the reactor.

As a result of a failure to stop E.G.G. Jenna Angel releases Meganada into the residence of the Junkyard hoping to spread it to the entire human race, but Roland and Cielo sacrifice themselves to stop this from happening. After this, the tribe enters the new E.G.G. structure and finds Heat's new form caused by the the E.G.G. and seeing that Seph is still alive, saved by the E.G.G. The tribe then learns about the past events that caused the events in the game. It is explained that Sera was a project of the Karma Society had scientists working on a project to create a subject that could communicate with God. Most of the subjects were destroyed by extreme mental pressure, the soul survivor was Sera. A man named Heat O'Brien opposed the project and the way another man Serph Sheffield's treatment of the children. The two fought and Sera was subject to this and saw the real personality of Serph. Due to the project causing a strong link between Sera and God, God "saved" most of those who were killed by Serph as data and recreated into a the Junkyard, which was supposed to be a paradise but when the military found it they wanted it to be used for training thus destroying the tranquillity of the paradise, as AI to deal with the trauma.

Serph was confronted by two pieces of data Serph Sheffield and an AI Serph. Then the data of Heat O'Brien appeared to guild Serph and tells him that he must defeat these two to be free from his past and requesting that he release the AI Heat. After defeating the data, who turned into Varuna (Serph's Atma Avatar) both Serph and Heat escape and Serph meets up with the rest of the tribe after Heat tells him to go and see them and promptly dies due to a wound Serph gave him.

Sera remembers another facility that they could use to reach God, called HAARP. The only way to get to the facility was through an abandoned airport where the tribe is confronted by Karma soldiers that were sent by Jenna Angel. There was a need to sacrifice many of the tribe but Serph and Sera were able to escape to HAARP facility. Once at the facility the two attempt to reach God and to support Sera, Serph holds her hand. There is a massive surge in data causes explosions throughout the facility, killing both Sera and Serph. There data is merged together when they are sent to the sun and they form Seraph. When they reach the sun they are united with the data of the rest of the tribe. After passing through all of the levels of the sun and defeating Brahman, Embryon is able to calm God and send the sun back to its original state. Seraph, as the only one to reach enlightenment, through realising that it was one with God, was able to retain its original body and travel to Nirvana while those of the Embryon who couldn't reach enlightenment were sent back to the world, reincarnated as children on the new formed planet.

OverviewDigital Devil Saga 2 is an RPG released by Atlus for the PlayStation 2 and is a direct sequel to the first game, Digital Devil Saga. It shares most of the gameplay of the original while adding in some new concepts like equippable rings that boast various effects and frenzies that depend on the phase of the sun. It also adds in new characters to tie up the storyline.

In Digital Devil Saga the player can buy and equip special objects to the characters called Mantras. These allow the characters to learn different skills depending on what they have equipped. The mantras are set up in a hexagonal format so the player has to work their was through low level mantras to get at their stronger counterparts. There are twelve distinct types of mantras with  sub divisions for a few of these. The mantras are levelled up by gaining atama points (AP) which an be increased by ingesting opponents.

These mantras will teach your character abilities that consume health but can preform attacks that are much stronger than those of the attack function. Scattered throughout the physical skills are ability to cause status ailments as well as damage. The physical skills are separated into two kinds, normal and auto.

These mantras will allow your character to gain more atama points from battle by ingesting an opponent. These are similar to to physical skill in that they require a portion of the character's health to preform and require physical contact on the opponent. There are two kind of hunt skills, fatal and non-fatal.

These mantras give the characters spells that give improved stats or lower the opponents. They also encompass the status aliments and

These mantras give your characters the ability to cast the Agi spells as well as the fire resistant and boost abilities.

These mantras give your characters the ability to cast Bufu spells as well as the ice resistance and boost abilities.

These mantras give your character the ability to cast Zan spells as well as the force resistance and boost abilities.

These mantras give your character the ability to cast Tera spells as well as the earth resistance and boost abilities.

These mantras give your character the ability to cast Zio spells as well as the electric resistance and boost abilities.

These mantras give your character the ability to cast Hama spells as well as resisting the opponents Hama spells.

These mantras give your character the ability to cast Mudo spells as well as resisting the opponents Mudo spells.

These mantras give your character the ability to cast Dia spells and revive party members with Recarm.

These mantras are a collection of different types of skills and spells that range from reducing money loss to gaining chakra back from moving.

These mantras are obtained by by defeating a specific boss and deliver some of the most powerful abilities. 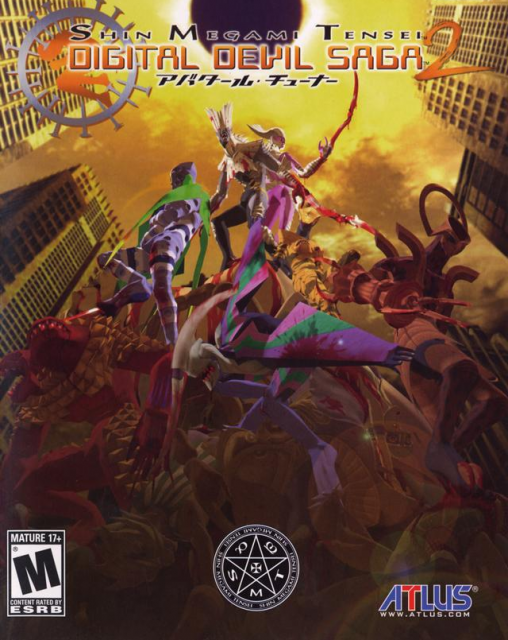