The original game in the Megami Tensei franchise. Based on a novel by Aya Nishitani, it introduced many of the elements the series is known for such as demon bartering and fusing.

The game centers on the high school students Akemi Nakajima and Yumiko Shirasagi. Akemi, a computer expert, writes a program capable of summoning demons. However, the demons Loki and Set attacked Akemi upon summoning them. Yumiko, a transfer student, manages to save Akemi with her magic, and the two fight off Loki and Set together. The game proper begins with Lucifer having brought Loki and Set back, intent on taking over the world, and a demonic palace appears in Asuka, the resting place of the goddess Izanami. After Lucifer takes Izanami captive and seals her chamber within the palace, Akemi and Yumiko enter its corridors in order to stop him.

Megami Tensei is a dungeon crawler RPG in which the world is viewed from the first-person perspective. Combat is turn-based, with standard RPG combat actions such as physical attacks and magic spells. Yumiko has the ability to use magic, while Akemi is capable of summoning demons using his laptop. This notion would later influence the appearance of demon-summoning devices known as COMPs in later entries in the Megami Tensei franchise. The game does not have a save system, but instead offers passwords. A Game Over occurs if both Yumiko and Akemi die in battle.

"Megami Tensei" translates roughly to "Goddess Reincarnation" or "Goddess Transmigration." In context of the game's story, the title refers to Yumiko, who is revealed to be the reincarnation of the Japanese goddess Izanami. The moniker now refers to the Megami Tensei franchise as a whole, including Shin Megami Tensei, the Devil Summoner series, Persona series, and other offshoots.

The series' inaugural demon compendium differs in a few key ways from most subsequent entries. Like Megami Tensei II, demons are organized by Evil-Neutral-Good alignments instead of Shin Megami Tensei's Law--Neutral-Chaos and Light-Neutral-Dark systems. Additionally, Evil demons outright cannot join the player's party and there are different rosters of Neutral demon races depending on which ones appear in the field as enemies versus which ones can be fused as allies. Many demon races still currently used in the series make their first appearances here.

Demons that only appear as enemies, the Evil class is equivalent to Chaos-aligned and Dark-affinity demon races of Shin Megami Tensei. The Tyrant race consists of the game's bosses.

Demons that can be encountered on the field and added to the player's party, with the exceptions of Dodongo and Purksi of the Beast clan, who can only appear in battles. Levels are listed from lowest to highest.

Demons that can only appear as allies. This class is equivalent to and consists of races that are typically Light-affinity in Shin Megami Tensei. 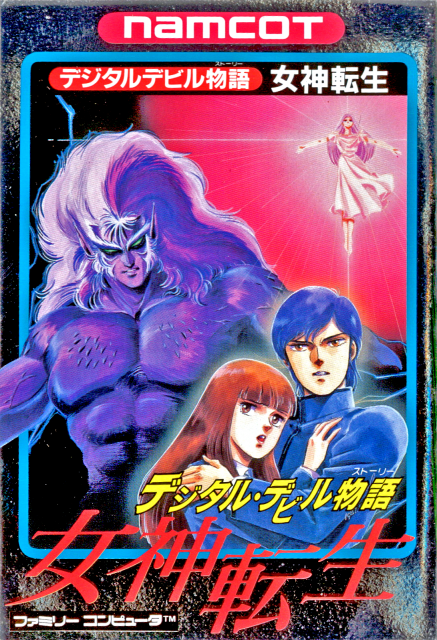