A crossover beat-em-up game featuring characters from the Double Dragon and Battletoads franchises.

Battletoads/Double Dragon: The Ultimate Team is a crossover game of Technos Japan Corporation's Double Dragon franchise, and Rare's Battletoads franchise. Developed by Rare and published by Tradewest (in North America), Nintendo (in Europe), and Sony Imagesoft (for the SNES and Game Boy version), the game was originally released for the Sega Genesis in February of 1993, and then later ported to the NES, SNES, and Game Boy.

Starring Billy Lee, Jimmy Lee, Zitz, Pimple, and Rash, Battletoads and Double Dragon's plot is mostly based off of previous Battletoads games. The antagonist from Battletoads, the Dark Queen, has returned to attempt to take over the galaxy yet again. Now with the deadly ally of the Shadow Warriors, the Battletoads have to contact the Double Dragons in order to fight the combined forces of their enemies.

Based off of the gameplay of the Battletoads franchise, Battletoads and Double Dragon is a side-scrolling beat-em-up game. Players can punch and kick enemies across a variety of levels on the Dark Queen's ship. Using a variety of combos, players can perform special attacks such as grabs, special kicks, or spinning attacks. The game also allows players to run by double tapping on the D-pad, giving players the ability to perform a charging attack.

Other than traditional beat-em-up stages, there are a variety of levels that differ from traditional format. One level has the characters flying on high-speed hoverbikes, fighting each other along the way. Additionally, the game has more exploration than the Double Dragon games, with some levels incorporating vertical and horizontal directions (e.g. ladders, branching pathways). There are several levels that are in the style of a side-scrolling shooter, putting players in control of a ship attempting to destroy the Dark Queen's minions.

Featuring a two player cooperative mode, Battletoads and Double Dragon was criticized for the inclusion of one feature in this mode. Players' continues overlap, so when one player loses all of their lives, both players are forced to completely start over the level. This was a feature criticized especially by fans, who found that it makes the game very difficult.

While Technos Japan Corporation did allow for the license to be used, there was little involvement from their team, causing a variety of incorrectly named enemies, completely new enemies, or concepts based on the Double Dragon cartoon series. This caused minor backlash from fans of Double Dragon for the more major inconsistencies, such as the Shadow Boss (which was the name of Jimmy Lee's character in Double Dragon), Roper (a boss who is actually an incorrectly named Willy), and several characters new to the franchise (Shadow Marines, Doorman, Windowman of Doom, and Ryders).

Released for the NES, SNES, Genesis, and Game Boy, there are minor gameplay and graphical differences between the versions of the game. The NES version was advanced for an NES game, due to the fact that it was released later in the console's lifecycle. The game utilized effects such as 3D scrolling. The Game Boy version was essentially the same, save for graphical differences and reduced movement due to the size of the sprites in comparison to the screen.

The Genesis and SNES versions are very similar, with only minor graphical and sound differences. The Genesis version does have differing reactions from enemies after being killed, as well as some sharper sprites and extra music tracks. The SNES version is arguably the highest quality version, with improved graphics and better sound quality.

When the SNES version was released Electronic Gaming Monthly gave the review scores of 8,8,8,8, and 9 out of ten. Mike Wiegand, who gave the higher score, wrote, "...This is identical to the NES version with some differences, but the graphics are improved ten-fold! Putting these two teams together was a great idea, and fans of both will not be disappointed!". 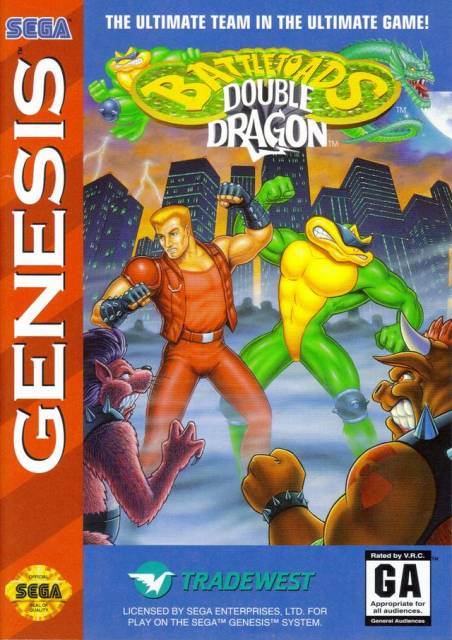