Trevor McFur In The Crescent Galaxy

This side-scrolling shoot 'em up from Atari Games was one of two launch titles for the Atari Jaguar, and exclusive to that system.

Trevor McFur in the Crescent Galaxy is a horizontal shoot 'em up that features a cast of anthropomorphic characters. The eponymous feline pilot and his companion Cutter of the Circle Reserves must take back their home planet from the entity known as Odd-It.

The game was the second of two launch games for the Atari Jaguar's 1993 debut. The other game, Cybermorph, was included as a pack-in for the console.

In order to to face Odd-It, the player must first liberate four moons, consisting of four stages each; the player may proceed in any order. Each moon includes obstacles, enemies, and bosses. A variety of power-ups are available on level.

The stages consist of static backgrounds, and have no music, leading contemporary reviewers to speculate that the game was rushed for the Jaguar's launch. 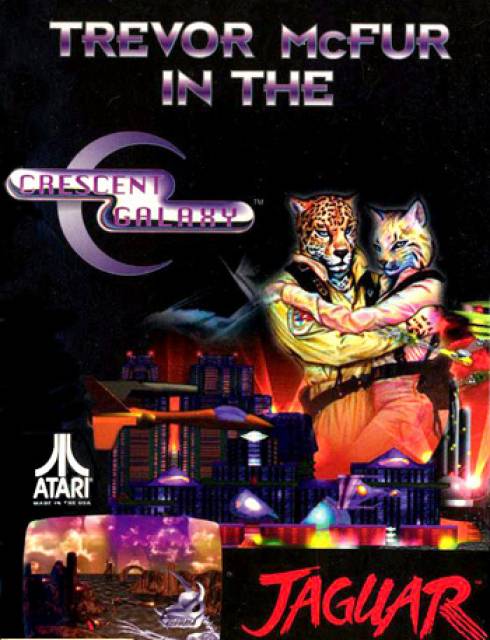