The sequel to Shogun: Total War puts you in the role of a medieval king as you expand your empire through battles played in real-time and strategic and economic choices made in the turn-based campaign mode.

Medieval: Total War is a game where you build an empire across medieval Europe, North Africa and the Middle East. The gameplay is both turn-based strategic and real time tactical. The player manages his empire, builds improvements, moves his armies, conducts diplomacy and subterfuge in a turn-based campaign mode played on map of the available provinces. Battles are played in an real-time strategy mode, with the player giving orders to units of men composing an army of (potentially) over a thousand individuals. This dual-mode gameplay is a hallmark of the Total War franchise.

In Medieval: Total War, players can participate in real-time battles on a 3D battlefield against warring nations. The players army is organized into certain groups bases on what they are (for example, archers), and the player can control these groups individually. There is a great level of strategy involved in these battles as you can change your formations and decide how to approach the enemy. These battles can also be automatically resolved by the computer if the player does not wish to take to the battlefield. There are over 400 maps to play in the game and they're all different based on the locations. After victory, the player can hold some of the enemies hostage and decide to release them, release them for ransom, or execute them.

DiplomacyThe game deals heavily with diplomacy as you can create or break alliances accordingly. Allies can be useful in times of war as you can ask them to back you up. You can also make trade agreements or marry a daughter into another kingdom. This can change the tide of the game greatly.

MultiplayerThere is a multiplayer mode in the game which supports up to 7 players.

The multiplayer eventually discovered an exploit wherein a cavalry charge could be used to charge directly through an enemy formation, routing them instantly. The key to this exploit was to prevent the cavalry unit's flag bearer from engaging the enemy; to achieve this, most players would spread out their cavalry formations into a single rank with several meters between each unit. An advanced technique involved spreading out a single rank and dropping the formation into a one-deep wedge. Controlling the cavalry in this formation was difficult, as one could accidentally resize the formation while dragging, usually moving one or two ranks of cavalry to the back of the formation. This bug was removed in the Viking Invasion expansion. 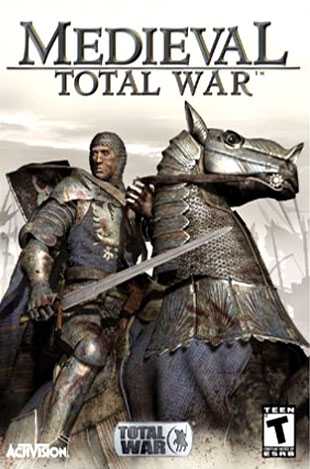