Conan: The Mysteries of Time

An action game published in 1989 for various platforms taking place within popular mythologies.

Myth: History in the Making (retitled Conan: The Mysteries of Time for its U.S. NES release) is an action-platformer game developed and published for various home computers and consoles by System 3 in 1989. In it, players visit different locations from popular mythologies such as Hades and ancient Greece, solving puzzles, battling enemies and collecting magic orbs to progress. Each level also features a boss linked to each mythological setting, such as Medusa or Hydra. 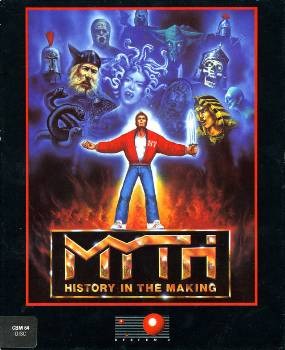