Stella Deus: The Gate of Eternity

A mysterious deadly mist is ravaging the land of Solum, and the Imperial Legion soldier Spero and his companions adventure the land to stop it.
PlayStation 2 PlayStation Network (PS3)

A deadly mist of unknown origin has swept across the Land of Solum, leaving many hopeless and apathetic to their impending doom.  Several groups are responding to the thread in various ways.  Dignus, a warlord, self-appoints himself as overlord of the realm of fortuna and sends his army to eliminate the "weakness" of those who awaiting death from the mist by killing them with his army.  The High Priestess Lumena and the Aeque Church believe the mist is God's will and signal's a destined armageddon.  Spero and his two best friends, Adara and Grey, are sent by the alchemist Viser to drain the life from spirits to fuel his inventions and hopefully solve the problem.  But Spero begins to question the morality of his duties, and looks for the right thing to do in his quest.

Stella Deus is a turn based tactical role playing game similar to Final Fantasy Tactics, but with anime animation.  Battles are played on a grid map over the terrain.  Action Points are used to perform actions such as moving, attacking, casting spells, or using items.  When a characters action points get to 100, they are the next in line to act.  Whenever they perform an action, action points are used up depending on the action and a characters statistics relevent to the action.
Disgaea: Hour of Darkness Front Mission 4 Disgaea 2: Cursed Memories Shining Force II Spectral Force 3 Makai Kingdom: Chronicles of the Sacred Tome Soul Nomad & the World Eaters Fire Emblem: Path of Radiance Growlanser Generations Suikoden Tactics Sakura Wars: So Long, My Love GrimGrimoire Summon Night 4 Summon Night 3 Eternal Poison Global Defence Force Tactics VM Japan: Vantage Master - Mystic Far East 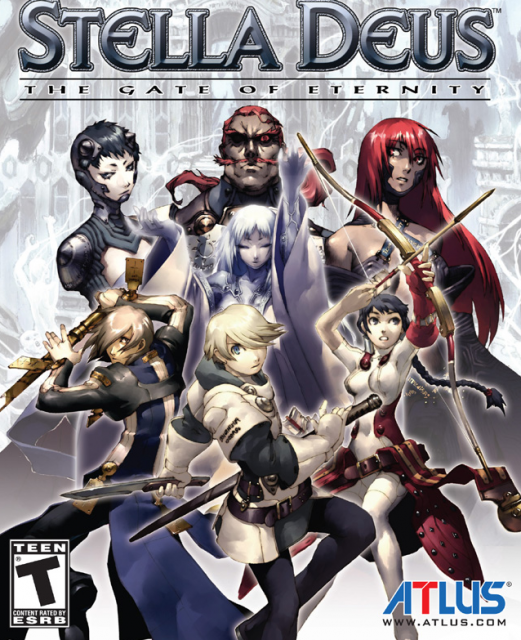