Finding the eccentric Hans Voralberg was just the beginning. Having left her old life behind, Kate Walker follows Hans on an incredible journey full of peril and wonder in this sequel to Syberia, acclaimed game by Benoît Sokal.

Syberia II is a Point and Click adventure game released in 2004 for the PC, Playstation 2 and Xbox, by MC2-Microïds. The game was authored and directed by Benoît Sokal, the creator of the franchise. Syberia II is an continuation of the original Syberia (released in 2002) and has identical gameplay and art direction. Improvements were made on the graphics engine by adding larger environments and more fluid character animation.

Syberia II's plot starts exactly where the previous game ended. The player once again takes control of Kate Walker, as she decides to give up her career as a lawyer and to follow Hans Voralberg to a remote part of Russia known as Syberia searching for the once thought to be extinct Mammoth's. When they arrive there, they continue to do their search for Mammoth's, exploring the location and talking to people along the way, the characters continue to pursue information to find out if Mammoth's truly exist anymore.

While the reviews of Syberia II had scored the game lowerer than the first game, the reviews still remained positive towards the game and it's presentation. Many of these reviews had a common complaint about Syberia II and it's "cliffhanger" ending. Although the first game ended on an appropriate "cliffhanger", many of the reviews for the sequel said the ending of the game was either too abrupt or too depressing, depending on their understanding of the final scene.

While the game doesn't provide any clear explanation about what becomes of Kate after she reaches Syberia with Hans, the creator of the series, Benoît Sokal has stated in interviews that there will not be a Syberia III.

Sokal left Microïds shortly after the release of Syberia II and founded his own company called White Birds Productions to release Paradise, a game that uses a similar style of gameplay as Syberia, but is not in anyway directly related to that series.

On the 1st of April, 2009, Microïds announced that Syberia III would be released on PC and PlayStation 3 in June 2010. On 17, April 2009, another press release was issued, explaining that the PC version will be released, but the PS3 version may not, due to problems with Sony. Benoît Sokal mentioned in the press a number of times that he would only participate in a Syberia sequel if there was a sufficient financial backing to design and develop it properly. In 2009 Microïds decided to invest in the Syberia franchise, later asking the fans of Syberia send them emails of support for the game. 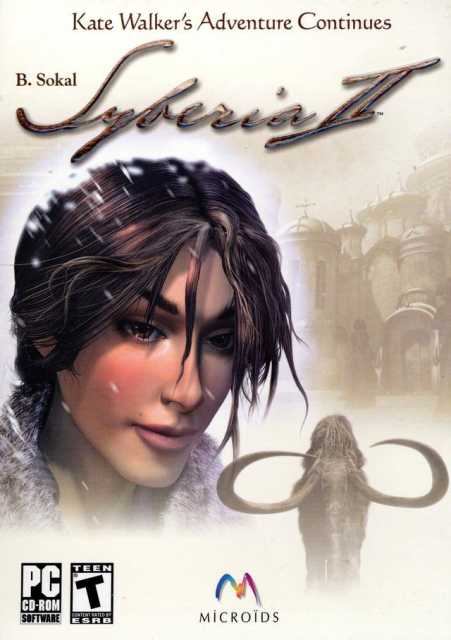