Maui Mallard is out to collect him some Luau Loot in this mid-90s platformer.

Maui Mallard in Cold Shadow is a side-scrolling platformer from Disney Interactive Software for the Sega Genesis in 1995. It was released exclusively in Europe and Brazil, but would later become accessible to North America via the Sega Channel. The game was also ported to the PC, SNES and Game Boy in the following years. The SNES version was developed by Eurocom Entertainment Software instead.

The game features Donald Duck in the role of Maui Mallard, a private detective, as he passes through a tropical island on a case to look for a missing idol. He occasionally transforms into Maui's alter-ego Cold Shadow, a ninja duck that uses his staff to traverse levels. While it is clearly Donald Duck in the guise of another character, the North American versions of the game make no reference to Donald and call him Maui Mallard throughout.

In this platformer, the player controls Maui Mallard through a series of levels in which the goal is to collect as much of the scattered treasure as possible. Along the way, they must also avoid enemies and various environmental hazards (apparently water hurts this duck) 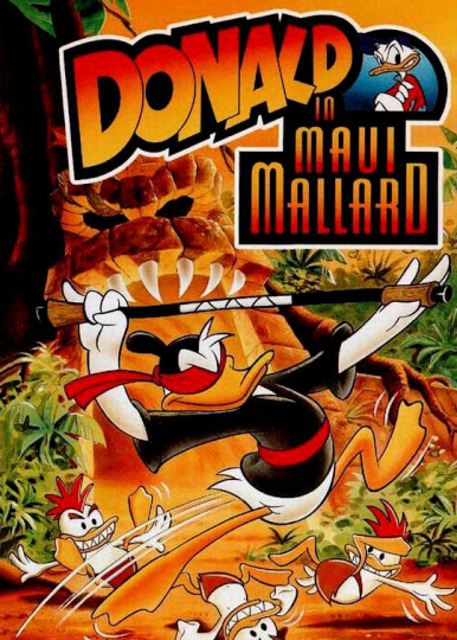