A first-person shooter for the PlayStation and PC.

Codename:Tenka is a first-person shooter developed by Sony Liverpool. In Tenka the player takes the role of Joseph D. Tenka (named after the writer named after Joseph Deacon) as he battles to understand his surroundings and his personal history. The most notable aspect of Tenka is that it was one of the first 3D shooters on Playstation to feature real 3D enemies. In most other respects Tenka is a rather unremarkable game which received moderate critical acclaim and luke-warm sales.

A demo of the game appeared on the European version of "Demo 1", a demo disk that was packaged alongside the Playstation.

In Europe the game was released as Lifeforce:Tenka.

The plot in Codename: Tenka is that, in the year 2096, the Earth has become an over polluted, war torn wasteland, and those inhabitants left on Earth dream only of making their escape to off-world colonies, where life promises to be paradise. Tenka laboured for many years to travel to a colony, only to find that his chosen planet of Extruvius 328 - B is Trojan Inc.'s manufacturing plant for bionoids. Clients who "will not be missed" are taken to the planet and used in the creation of this deadly warrior Bionoids. Someone set's you free in the opening FMV, and led by a rogue version of an AI called ZENITH in between missions, your mission is to get off the planet. Players who managed to reach the end of the game were rewarded with a full motion video clip of the hero being arbitrarily slain by a female robot, presumed to be ZENITH - such is life in the future.

A notable gameplay feature was the weapon, "Innovative Self-Generating Polymorphic Armoury" (or SG-26), similar to the Lawgiver possessed by Judge Dredd. Throughout the game, certain enemies drop cubes which add a new feature to the gun - starting out with a single shot function, slowly upgrading to rapid fire, adding features such as a laser, mines, rockets and grenades. 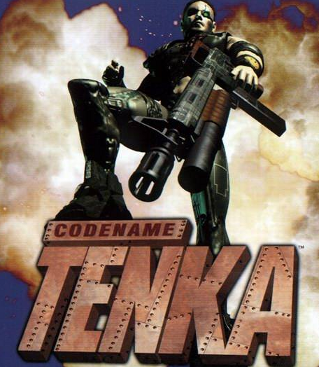