Time Gal must save the world by traveling through time and stopping an evil thief from using a time traveling device in order to become the supreme leader of his time. This game was originally released in Japanese arcades in 1985 and later ported to the Sega CD.

Inspired by FMV laserdisc games such as Dragon's Lair and Ninja Hayate, Time Gal is a similarly structured arcade action-adventure filled with fully animated cutscenes and sequences. Players must lead Reika Kirishima through sixteen unique time periods and stop the evil Luda in his task to change history and gain power in his own time. As in Dragon's Lair, the player must think and react quickly to on-screen prompts in order to successfully guide Reika through each time period and face dangers such as dinosaurs in 70,000,000 BC and killer robots in the year 4000 AD.

Time Gal features animation produced by Japanese studio Toei Animation, the studio responsible for numerous popular anime series and movies including the Dragon Ball franchise. The art and animation style is typical for mid to late 80's Japanese animation. The game was later ported to the Sega CD and saw a Western release in April of 1993. 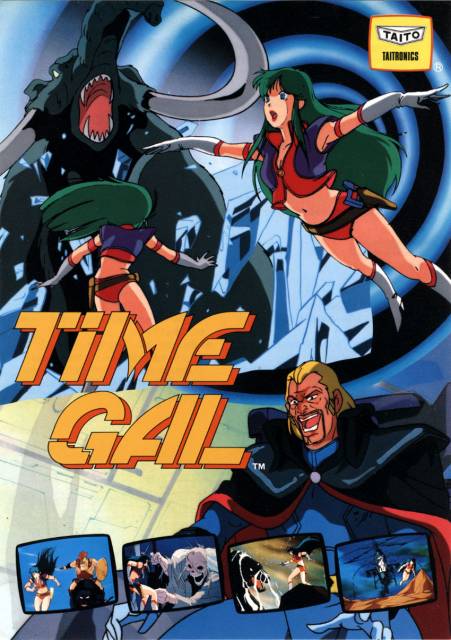