Super Robot Taisen: Original Generation is the first game in the Super Robot Wars series to be officially translated and released in the US.
Game Boy Advance

One of three games under the Super Robot Taisen/Wars banner to actually see a domestic stateside release. This is the first to feature no licensed mechs or characters and utilizes characters purely created by Banpresto over the course of the series. It spawned a remake and a sequel on the PlayStation 2.

Much like the games that they are based on, the Original Generation series mixes various stories together (such as the Divine Crusaders plot of Super Robot Wars 2 and the Aerogaters plot of Super Robot Wars Alpha) while adding in even more original characters and plotlines (some of which are used to replace relevant anime plot-points, such as Meteor-3 crashing to the Earth, replacing the role of the SDF-1 Macross).

Meteor 3 strikes Earth, and Extra-Over Technology(known as EOT) is discovered during its investigation, as well as the fact that the race that created it would come to reclaim it. That race would be come to be known as the Aerogaters. To defend against the coming menace, the Earth federation government begins to design Personal Troopers, PTs, humanoid mecha armed with a variety of weapons.

The government arranges for peace talks with the aliens, but the negotiations are interrupted by a rival faction of the government, the Divine Crusaders. Led by Dr. Bian Zoldark, the DC start a civil war while everyone is still dealing with the Aerogater invasion.

There are 2 selectable main characters in the game, it starts out by having you choose from the two. Their stories branch, but they will cross paths on numerous occasions.

Ryusei is a 17 year old boy who loves video games and robot anime. After entering the Burning PT tournament only to end up in an actual Gespenst Mk. II-TT. Ryusei's simple life will never be the same again.

Kyosuke is a cool, calm collected pilot for the ATX team. Through out the series he showcases inhuman luck, surviving many dangerous situations. Also has a knack for gambling metaphors during battle.
Through out both routes, Kyousuke and Ryusei develop a friendly rivalry. 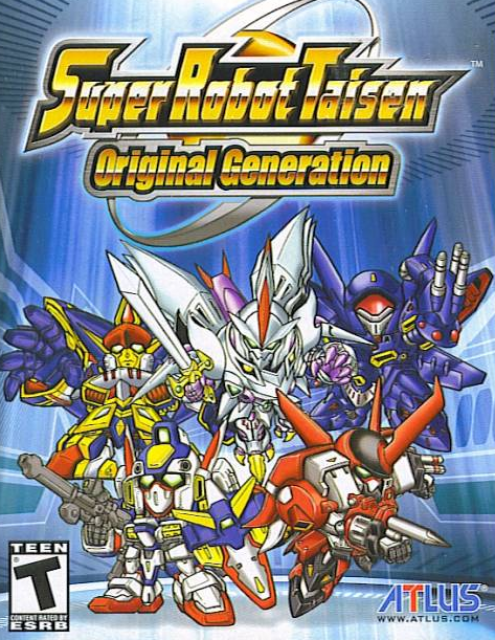