Etrian Odyssey II is a role playing game centered around exploring a labyrinth and completing quests. It stands out largely in part to its customization and cartography aspects, as well as its high difficulty.
Nintendo DS

Etrian Odyssey II: Heroes of Lagaard is the second game in Atlus' Nintendo DS franchise, known for its cartography elements and old school role-playing tenets. The game was released on February 21, 2008 in Japan, and June 13, 2008 in America. Kazuya Niinou, creator of the first game, did not work on Etrian Odyssey II, with scenario writer Shigeo Komori taking over the reigns of the project. The game retained the series' dungeon crawling gameplay and high difficulty, while adding improvements to map creation and gameplay balance.

Etrian Odyssey II leaves the town of Etria, travelling to the Grand Duchy of High Lagaard and their own Yggdrasil Labyrinth. A crisis within the dukedom has caused renewed interest in a mysterious floating castle, said to reside at the top of the Yggdrasil Tree. This floating castle has survived the drowning of the land by the oceans, filled with ancient technologies of times gone past. Adventurers are tasked to climb the dangerous maze to reach the castle and uncover its secrets, even at the cost of their own lives...

Etrian Odyssey II, like its predecessor, is an old school first-person dungeon crawler focused on a singular dungeon, the Yggdrasil Labyrinth. Like the first game, there are 30 floors to the dungeon, 5 for each strata, and the main story takes place on the first 25 floors. This time, however, players travel up the Labyrinth, instead of down in the first game. The floors are not randomly generated, and have many dead ends, secret spots, and traps waiting to surprise unprepared players.

Combet encounters in Etrian Odyssey are somewhat random, dictated by a proximity gauge found on the bottom right of the top screen. Each step a player takes in the dungeon increases the chance of a random encounter. The combat remains similar to the first game, a traditional turn-based RPG format where players choose commands from a menu. Players can speed up a battle my using the auto-battle option, activated using the L shoulder button.

New to Etrian Odyssey II however are Force Skills, replacing the old boost bar. Each class as its own unique ultimate skill that can be used when the force bar is filled. They are:

F.O.E.s return in Etrian Odyssey II, and are as dangerous as before. The game introduces 2 new types of F.O.E: a blue flying type that ignores terrain, and a purple stealth type that does not appear on the minimap. Some F.O.E.s display different movement patterns, like moving only at night, or taking 2 steps forward then a step back. Defeating an F.O.E. in Etrian Odyssey II does not give the player's party any experience points, unlike the first game, but will still drop materials that can be sold to unlock new items and equipment in the store.

Etrian Odyssey II will track where the player walks, but that's about it. The rest - boundaries, stairwells, doors and treasure chests - is up to the player. The cartography in Etrian Odyssey II improves upon its predecessor to the point where there's not likely to be a scenario for which the player cannot find a suitable icon. The mapping options include:

Each character class has at least 15 different skills for players to upgrade. For every level gain, the character is given a skill point, and some skills must be unlocked by putting points in other skills first, effectively forming a skill tree similar to role-playing games like Diablo. Players can also rest their character at the Explorer's Guild to re-spec, lowering their levels by 5 but returning all spent skill points.

The 9 classes from Etrian Odyssey return in Etrian Odyssey II, and are joined by 3 new classes: Gunner, War Magus, and Beast. All classes except the Beast are now available from the start. 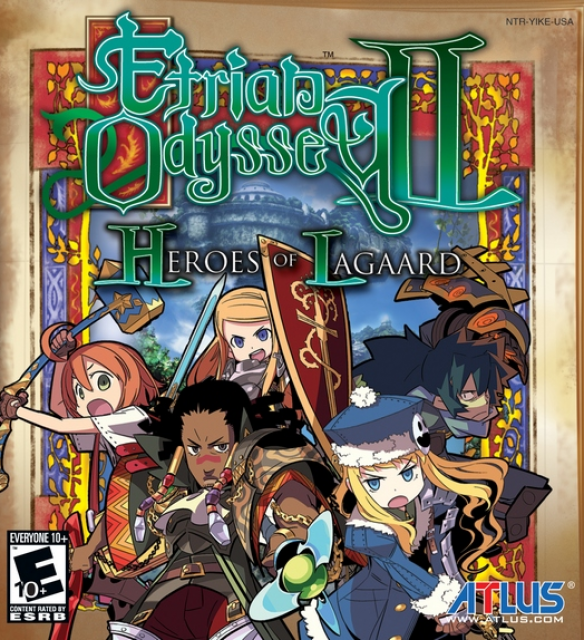