Much like in the previous Lego Star Wars games, Lego Indy offers a number of levels based on each of the three films, and you're free to play through each movie's storyline in any order you want. You'll proceed through each level and collect various items, including 10 treasure chests per level. Finding all of these will unlock a secret at Barnett College, the hub level in the game.

You'll work through various environmental puzzles to move through the levels, from opening trap doors to crossing pits, and flee from the occasional Lego boulder. Like Lego Star Wars, Indy realizes what kind of game it is and has fun with its theme. For instance, remember in Raiders when Indiana shoots the swordsman in the market after he shows off his moves? Well, in Legoland, Indy's gunshot causes the guy to fall into pieces.

In addition to Indiana and his trusty whip, other characters have special abilities, such as Henry Jones Sr. and his ability to decipher puzzles, or Willie, who can break glass by screaming. Also, every woman character can jump higher. Careful, though, as the characters also have their faults; Indy freezes when snakes are around, and his father can't stand rats.

Two friends can join up and work together in co-op mode, but if you decide to go it alone you'll still get A.I. support to fulfill the puzzles you're dealt. You can also play free mode, which will allow you to roam around each level in search of hidden items like the treasure chests, for those who'd like to unlock secret characters like Han Solo or others and pursue 100 percent completion of the game.

In tune with the light-hearted nature of the game, there isn't any direct reference to Nazism in Lego Indiana Jones. Instead, the enemies are simply "Germans" and their swastikas are nowhere to be found.

Bundle with Kung Fu Panda for the Xbox 360

As part of the Xbox 360's attempt to reach families with younger children, the Xbox 360 Pro model was bundled with Lego Indiana Jones and Kung Fu Panda during the 2008 holiday season at no additional cost.

Lego Indiana Jones: The Original Adventures requires 3.6 GB of space to be installed on an Xbox 360 HDD. 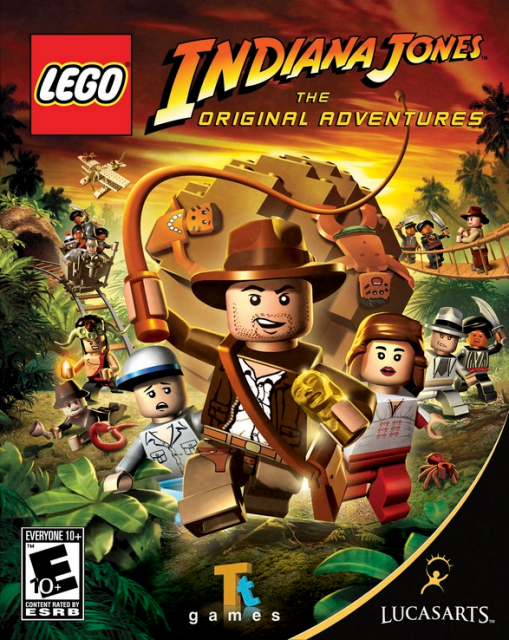