The sequel to 1995's genre defining Command & Conquer, Tiberian Sun takes place in a bleak future where the tiberium infestation has spread across the world, and made large regions uninhabitable, and the long dormant Brotherhood of NOD starting a surprise offensive against the GDI forces.

Command & Conquer: Tiberian Sun is the story sequel to the first C&C (although the fourth game in the series after the alternate history Red Alert and the multiplayer oriented Sole Survivor). The game pits the good forces of the Global Defense Initiative (GDI) versus the fanatical Brotherhood of Nod (NOD) once again in an epic battle for world domination. Like most games in the series, Tiberian Sun is a real-time strategy game with a lengthy single-player campaign for both NOD and GDI, complete with full motion video cutscenes including actors such as Michael Biehn and James Earl Jones in major roles, as well as a plethora of on and offline multiplayer options.

While the game is set only twenty years after its predecessor, the world of Tiberian Sun is much different. The lethal Tiberium continues to infect the world at an ever-increasing rate which has made most of the Earth uninhabitable for human beings. To survive, GDI has moved to the arctic regions of the world while NOD has set up camp underground.

The game’s story is driven by the difference in goals between GDI and NOD. As GDI strives to maintain world peace and discover the root cause of Tiberium, NOD is hell-bent on achieving world domination. The story is complicated by the apparent loss of Kane, NOD’s leader, at the end of the first Tiberian War which has thrown the Brotherhood into leaderless disarray, but do not count them out just yet as NOD has created through genetic mutation via Tiberium a set of ultra-powerful units that more than compensate for the clan’s lack of organization.

During the GDI evacuation, some places of the world such as the inner city and many of the poorer regions of the world were ignored. These "forgotten" people were forced to live with Tiberium and watch helplessly as the mysterious green crystals brought about a slow death. Initially partial to NOD due to the aid the Brotherhood provided, The Forgotten have formed an uneasy alliance with GDI after seeing the effects of NOD's experiments on their loved ones.

Tiberian Sun made a large shift in theme and setting from the first game - gone are the present day or near future technologies, instead replaced with cyborgs, orbital infantry drops, unmanned drones and a heavier focus on hovercraft and air units. The most notable enhancements are the Mech units that replaced the typical tank for GDI and the subterranean vehicles used by NOD to strike terror anywhere on the map without warning.

Tiberian Sun was originally teased in the original 1995 Command & Conquer, with a rendered movie among the trailers of upcoming titles on the game CD, featuring a GDI Wolverine mech going through testing at a firing range.

During the pre-launch marketing campaign, the German crossover metal band Think About Mutation did a Command & Conquer themed cover of Frankie Goes To Hollywood's "Two Tribes", in the music video the band wore NOD themed uniforms and the futuristic helmet from the game's cover art, and several clips from the game's cutscenes were shown. The cover art for the CD single also had a variation of the Tiberian Sun cover, with a female soldier instead of the male from the final release.

The music video is available at http://www.youtube.com/watch?v=9XzxxhkjyHQ.

The game suffered somewhat from high expectations and disappointment at several delays during the game’s development process - EA acquired Westwood mid development, and rushed the game to release, with several announced features omitted which would then be made available in the Firestorm expansion pack. Though some expressed disappointment with it's technical flaws, the game still mostly received positive reviews, many praising the new voxel based graphics engine, the multiplayer modes and the soundtrack by Frank Klepacki and Jarrid Mendelson. It received several awards and was embraced by C&C fans worldwide. It was EA Games' fastest selling title at the time - selling 1.5 million copies within the first month. 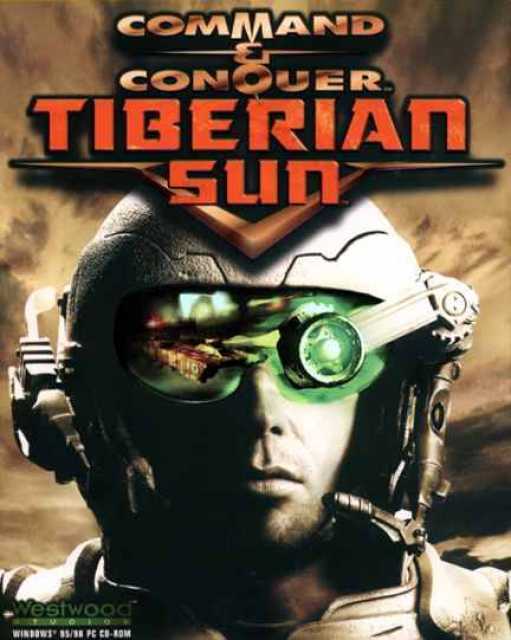