The first Power Pro baseball game released in North America lets you take on the role of a college player or a general manager. The stylized art style and RPG elements make this baseball game a unique experience.
PlayStation 2

MLB Power Pros is the first game in Konami's long-running super-deformed baseball series to be released in North America. While Konami developed the game and typically publishes its own products, Take-Two Interactive's exclusive deal with Major League Baseball led to a deal between the two companies, and the game bears the 2K Sports logo domestically.

The baseball in Power Pros is fairly typical for the genre, but the game's cutesy, super-deformed look doesn't mean that the game is simple. There's a fairly involved season mode that puts players in the role of general manager with a goal of winning the World Series within ten seasons. Players will be in charge

of training the team, buying equipment, and trading players. Another mode, called Success Mode, is story-based, telling the tale of a college ball player attempting to make it to the bigs. Here, players will have to juggle part-time jobs, academics, and other non-baseball aspects. MLB Power Pros also has an extensive shop where players can spend points they earn by playing games.

Success mode lets you create your own character and play his college career. In Success mode playrs will have to find the balance between school, work, practice, and love interests. Most of the story is told by dialog trees and moral decisions based on what fate cards you are currently holding. Your ultimate goal is to win the college championship, increase you skills, and get drafted by your favorite team.

In League mode players can compete against 2 to 6 friends or AI in a tournament to win the championship.

Season mode lets you take the role of a general manger of a team for ten years. During your time in control you will have to draft player, make trades, buy equipment, and win the World Series, before your tenure is over.

MLB Power Pros also includes an extensive shop that players can spend points they earn in games. The store includes baseball cards of all current teams as well as uniforms, batting and pitching stance, and stadiums. 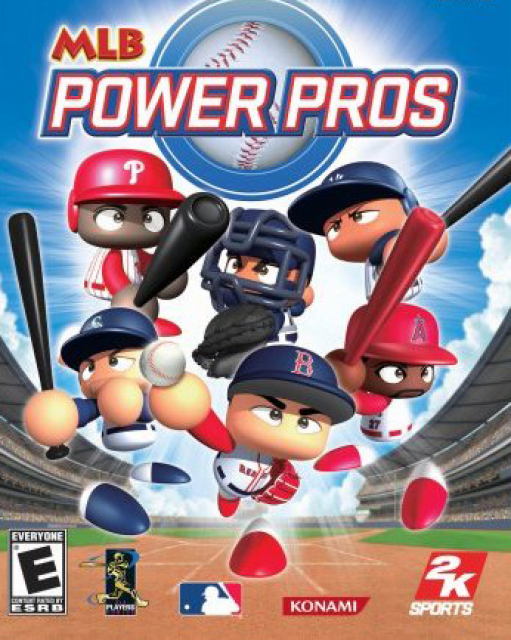