A Nintendo Entertainment System game developed and published by Nintendo as part of their series of sports games. It can be played in singles or doubles.

Tennis is one of the earliest NES games and part of a series of sports games Nintendo created originally for the system. The game is a standard 8-bit adaption of the sport of tennis, though many features that would become standard for tennis games of the era (such as the viewpoint behind the player's athlete) would either originate here or at least be established as the popular standard.

Mario makes a brief cameo, as he does in several of Nintendo's sports games, as the umpire. He is the only speaking character.

The game was later rereleased for the Famicom Disk System. As it was with the NES, it was one of the earliest games available for the system. 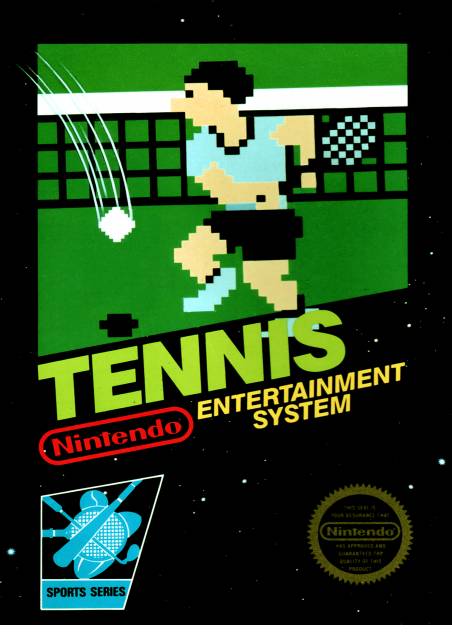