Learn the ancient ways of the ninja through the art of the minigame in Ninja Reflex.

Ninja Refex is a minigame collection for the Wii, DS, and PC via Steam. In the game, up to 4 players can take on six different mini games that in premise will train you in skills vital for being a Ninja. Upon release for the Wii and the DS the game was heavily criticized for only having very few minigames yet still being a full priced title. To remedy this, Sanazaru Games developed "Ninja Reflex: Steamworks Edition" for Valve's digital distribution platform Steam for only $10, significantly less than the other versions.

There are 300 challenges spanning across 6 minigames, with only two new unlockable challenges at a time per game. After beating a tier of challenges the player steps up a rank and two new challenges unlock for each game. However, instead of just beating the new challenges to rank up, the player must replay the old challenges each time as well. Starting as a white belt the ultimate goal is to reach the black belt, 3rd Degree.

Using a shuriken the player must throw and hit stationary and moving targets. Eventually they become faster and demand adequate reflexes.

Hover over a fish with the cursor, wait for the fish to appear and grab it out of the water. Eventually the player must catch smaller and faster fish.

In this game the player must wait for fireflies to appear, then catch them quickly before they dissapear.

Use chopsticks to catch flies in succesion and place the flies in the bowl to succeed. Eventually they become extremely fast.

The player must anticipate the direction of the Oni Soldier's attack, counter it, and finally slay the enemy with a katana.

Swing the nunchaku in an "8" pattern and hit the target the Sensei throws at you.

The game also features a meditation mode in which the Sensei says relaxing things with long silences in between. It is meant for actual meditation and doesn't feature any gameplay.

This version of the game makes no gameplay changes but enables steamworks, allowing the steam community to make cosmetic changes to the game using objects from Valve's games. Numerous Easter eggs can be found as a result. 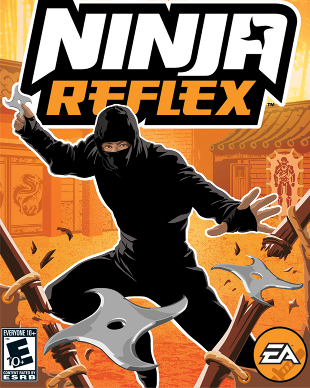