The first iteration of the popular Phantasy Star series for the PSP. The game features a single player campaign, local ad-hoc multiplayer, DLC updates, and the ability to transfer characters from PC/PS2 in Japan.
PlayStation Portable

Phantasy Star Portable (PSP) features quite a few notable changes that makes it more than merely a port of Phantasy Star Universe (PSU): some of the changes makes PSP more like Phantasy Star Online (PSO).

The changes are as follows:

The item synthesis gameplay system has been completely removed. This means enemies no longer drop items used for item synthesis but drop weapons, armor and Photon Arts abilities much like Phantasy Star Online.

The ability for players to open their shops has been removed. This was a feature from PSU that existed to stimulate and maintain an economy within its online world.

Due to the nature of PSP being a portable game, items drop from enemies much more often than in PSU. Furthermore, the items enemies drop are determined by the party leader's Guardian Type (character class) as opposed using universal drop charts like in PSU. (This is similar to PSO's drop charts being different depending on the party leader's Section ID).

The the player rooms are no longer spaces a player can move about in. It is now a menu where a player has various new and old options. Players can access their item storage provided by their Partner Machine character, a log of the story events, an encyclopedia featuring enemy information, player stats (including monsters slain, number of player deaths, etc.), and milestones the player has achieved and rewards given (example: beating chapter 2 of the story mode and receiving the TECHNIC Resta for that achievement). 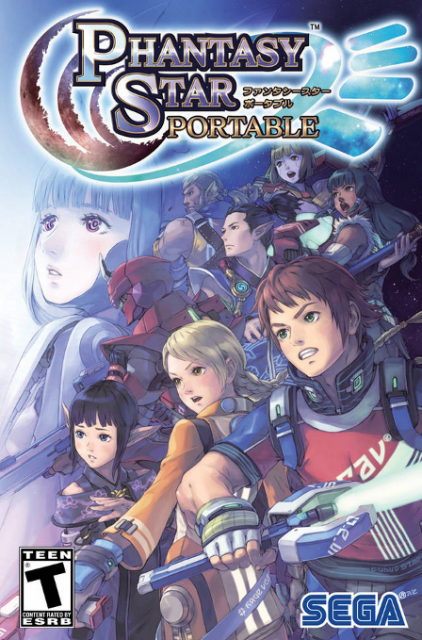