A first-person dungeon-crawling game developed for the TurboGrafx-16. There are many dungeons to explore, each with a piece of a larger password at the end of it.

Double Dungeons is a dungeon-crawler for TurboGrafx-16. The player chooses a dungeon and then moves around it, going up experience levels and eventually finding and defeating a boss. Each dungeon requires the same strategy: the player must find and defeat the weak monsters (all monsters, their power, and their placement in the dungeon is pre-determined), fight their way to the tougher ones as they grow more powerful and buy better equipment, find the right keys to get to the boss and then eliminate said boss to complete the dungeon. A handful of characters from a much larger password are given out at the end of each dungeon, and the idea is to finish them all for the full password which unlocks the final dungeon.

The game was released on the Japanese PC Engine in 1989 and localized for the US TurboGrafx-16 in 1990. It was eventually added to the Wii's Virtual Console in 2007. 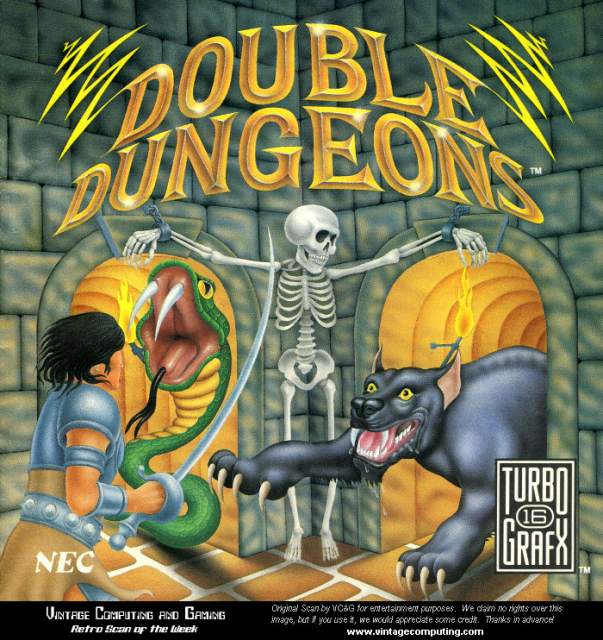