Tales of Symphonia: Dawn of the New World

Sequel to Tales of Symphonia.
PlayStation 3

Tales of Symphonia: Dawn of a New World is a release in the Tales franchise made from Namco Bandai Studios. It has already been said that this will not be a direct sequel to Tales of Symphonia, and that the option is still out there for a direct sequel to be made. As such, this is not considered a "mothership" title in the franchise. Most of the story will be told through real time cutscenes instead of the animated style that was only implemented in the opening of the game. Skits will also make a return and are fully voiced by the Japanese voice actors, as well as by the English voice actors.

Instead of reusing the free roam system that was implemented in Tales of Symphonia, a point and click feature will be put in. The layout of the map looks more like that of Tales of Phantasia's, and the development team openly admitted that they had left the field map due to production schedule deadlines. Dawn of the New World uses the "Flex Range Element Enhanced Linear Motion Battle System". Combining aspects of Tales of the Abyss and Tales of Destiny's battle systems, as well have putting in an elemental grid, each battle, location and monster will have a element attached. The battlefield's element can be changed by combining 3 elements together. The effectiveness of the elements can be participate in Unison Attacks.

200 different types of monsters will be available for capture in the game. These monsters can be captured upon being defeated in battle, when defeated you can try to capture it or let it go. For a better chance at capturing the creature the element of the creature and the location must be aligned. Up to 10 monsters (including Emil and Marta) can be in the party all at once, but only 4 may be used in battle (Either Emil, Marta or both of them must be used at all times). If you don't need a monster you can put it in a den where it will be ready for use when you return to get it.

The game also features an in-depth monster growth system, where monsters can be fed a variety of different foods. The monsters all have their own tastes when it comes to food, and so feeding them something they like will have extra effects in addition to the regular bonuses of the food, whereas feeding them something they dislike may have negative effects on your relationship with the monster. Monsters also have multiple evolution paths, and even a basic Wolf can end up being a variety of different, beastly monsters.

There is also a quest system within the game, which allows you to take on optional quests for a variety of rewards, ranging from Gald (the games currency) to equipment and even to books which can be used to teach your monsters new artes and skills. The quests are randomly generated and have a range of different objectives, such as rescuing villagers and training the town guard.

The Great Kharlan Tree held both Sylvarant and Tethe'alla together, until Divine Intervention then broke them apart into two worlds. After thousands of years of the two worlds being split, Lloyd Irving and his companions brought down Mithos and the tree was reborn and once again brought both worlds back together.

After the lands became one, maps were rendered useless due to the geological change from the two worlds merging, as well as major climate shifts began to appear throughout the land (Something like in The Day After Tomorrow) where desert towns being turned into frozen wastelands and lakes drying up and turning into deserted valleys, all of this is being caused by an overlooked portion. The spirit of the Great Kharlan Tree, Ratatosk is in a state of slumber and is bringing chaos to the new world.

To complicate most things, the tension between Sylvarant and Tethe'alla is rising. Tethe'alla looks down on Sylvarant because of their inferior technology compared to theirs and Sylvarant is afraid that Tethe'alla will use their superior technology to destroy Sylvarant, Thus the Vanguard army of Sylvarant was born with the sole purpose to up hold The Church of Martel as well as Tethe'alla.

One day The Vanguard's army and The Church of Martel fought with the citizens of Palmacosta. In the crossfire, countless innocent lives were lost. This attack, known as "The Purge of Blood", was allegedly led by the hero of the world, Lloyd Irving.

All surviving characters except for Mithos and Kratos return from the Original Tales of Symphonia, and two new characters named Emil and Marta are now the protagonists of the game.

While IGN's review gave the game marks for being polished, they stated that the game's biggest flaw was that it's story and overall design was too "Commonplace" and linear. Everything else would have "been impressive 10 years ago". While IGN's reviews was one of the lowest, most reviews claim that this game is for fans of the original and they will receive the most amount of entertainment from the game. The game's "point and click" overworld map makes the pacing of the game faster but because you have to complete a series of events in order for the story to move on, it's considered pretty linear pacing as well. The voice acting has been stated to have been done very well. The story and or characters, which seem very cliched at first, deepens and becomes much more complex very quickly once one delves several hours into the game. The Combat is praised for being one of the best parts of the game and one of the deepest in the franchise, although comparatively to the recently released; Tales of Vesperia's combat system seems much more polished. 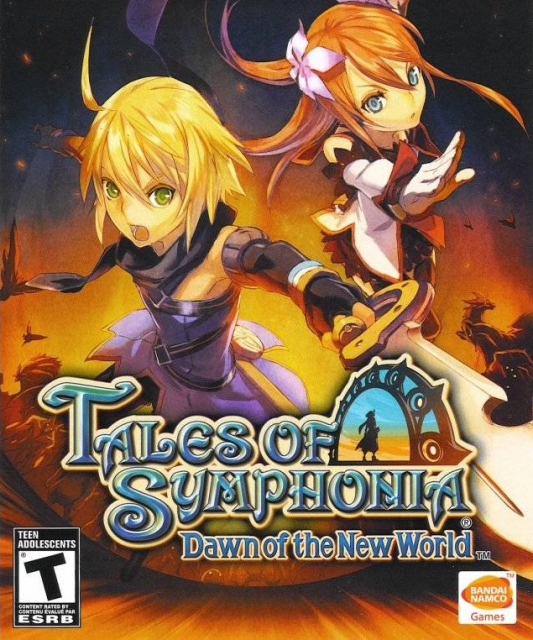