Star Ocean: First Departure is a remake of the original Star Ocean for the SNES with revamped graphics, soundtrack, and added animated cutscenes for the Sony PSP.
PlayStation Portable PlayStation 4

Space Date 346: The crew of a Terran Federation ship arrives on the planet Roak. With the help of a stalwart band of local heroes, the crew must work together to unravel a mystery and halt a galactic war. Star Ocean: First Departure marks the first time that a version of Star Ocean, the initial installment in the popular Star Ocean franchise, is available in North America.

The game uses randomly triggered encounters for its battles, except for select story instances.

All assets in the game have been updated, with character sprites being touched up and backgrounds rendered in full 3D during battle, and hand drawn environments in towns and dungeons. The overworld map is a fully 3D environment not present in the original Star Ocean for SNES. There are also brand-new, fully voiced animated cut-scenes provided by anime powerhouse Production I.G., and much of the in-game dialogue is voiced as well.

The battle system has been updated to be like more recent Star Ocean titles, with a fully 3D battlefield and the ability to move in all directions. New specialties have been added to the item creation portion of the game, as well as Super Specialties, where the entire party works together to create new items.

Massive stretches of areas were cut (even areas that contained treasure chests) and replaced with an overworld, whereas the original Star Ocean did not have any overworlds.

The physical layouts for towns and villages have been completely redone, sometimes in an attempt to fit the town to the width of the PSP screen. The result of this is that some areas are obscured off to the side of the screen where they cannot be seen, even if the areas were in plain view in the original Star Ocean for SNES, and in completely different places. 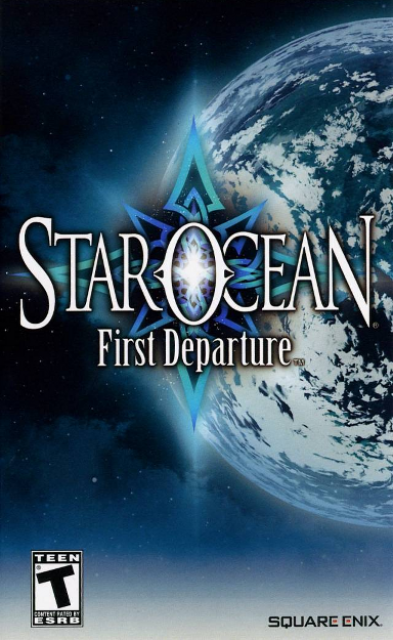