Scooby-Doo and the Cyber Chase

Scooby-Doo and the Cyber Chase is a video game adaptation of the direct-to-video film of the same name.
Game Boy Advance

Scooby-Doo and the Cyber Chase is a movie tie-in game based on the film of the same name. It was released on the Sony PlayStation on October 4th 2001 and was developed by ART Co., Ltd.. There was also a version of the game release on the Nintendo Game Boy Advance which was developed by Software Creations (Acclaim Studios Manchester). The games publisher was THQ and although seeing middling reviews the game would go on to become a Greatest Hits title on the PlayStation in 2003.

The game differs slightly from the plot of the movie focusing on Scooby-Doo and best friend Shaggy, although Velma is on hand to help the duo overcome obstacles and the remaining two Fred and Daphne appear at the end of the game.

The game begins with an excited Scooby-Doo and Shaggy who have entered their own video game (created by old friend Eric Staufer) when they suddenly encounter the villainous Phantom Virus who has been terrorising the game and he then forces the pair to play the game if they want any hope of escape. Scooby and Shaggy team up with Velma to hunt down and capture the virus leaving Fred and Daphne to seek out anti-virus software to put a stop to the menace once and for all. After battling their way through 7 stages Scooby defeats the Phantom Virus who congratulates Scooby and Shaggy but taunts that the game is not over yet. Luckily for the pair, Fred and Daphne arrive with the anti-virus software Fred realised was on his communication device all along and use it to defeat the virus once and for all. With the evil threat gone, as the game ends Fred asks Shaggy and Scooby if they still wanted their own game to which Scooby responses enthusiastically 'Uh, huh'.

The game has 21 levels spread out across 7 stages, in which you find clues, explore different locales such as a mine, and other places from the direct-to-video film. The game also does not feature all of the locations seen in the film and visits the locations in a different order from the film. 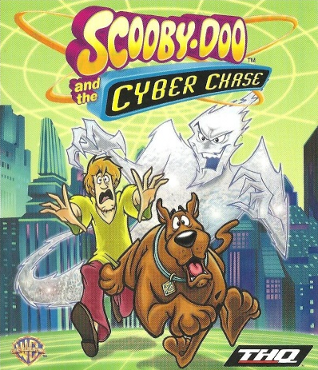